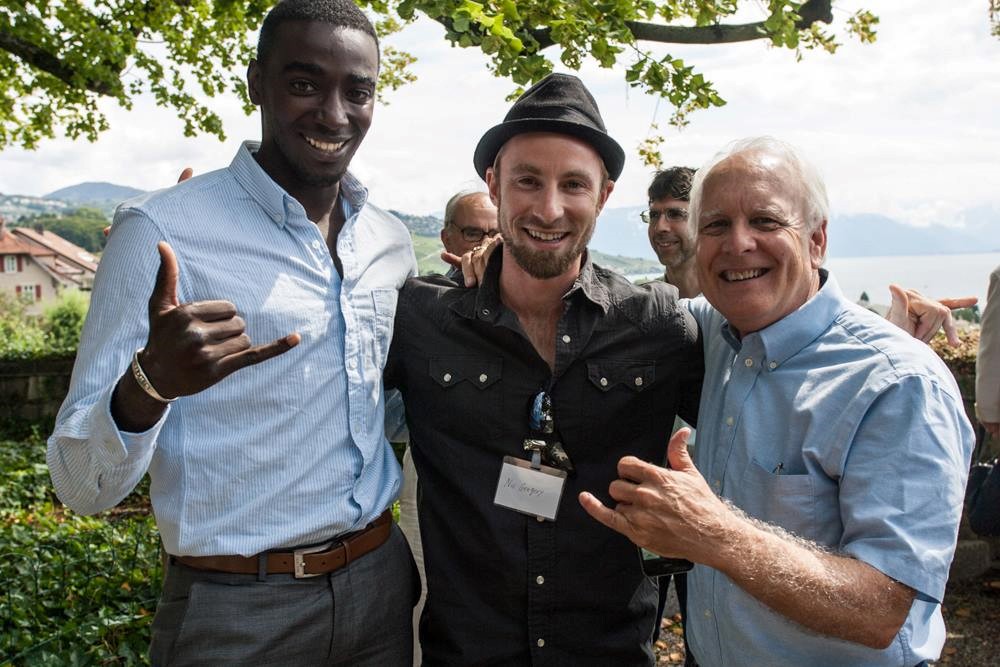 Thanks to a generous grant from the Grassroot Institute of Hawai’i and the Koch Foundation I was able to attend the ISIL’s 2013 International Libertarian Conference in Lausanne, Switzerland. I am sincerely thankful to the Grassroot Institute of Hawai’i for giving me the opportunity to join this conference. The information that I learned, and connections that I made during my time there, is extremely valuable and useful to me. I also need to thank ISIL, the International Society for Individual Liberty, for hosting an amazing event, which was well structured, and ran like Swiss clockwork.
The structure of the conference was very nice for networking and learning from the speakers. There were more than 22 presentations, and each presentation was around half an hour long. After three presentations there was a coffee or lunch break, followed by a panel made up of the speakers from the previous three presentations. At the end of the day we would all gather in a café to have a round table discussion regarding a topic that was chosen by the attendees during the coffee breaks. I really liked this structure because it gave attendees the opportunity to ask the speakers a question during their Q&A panel, or approach them during the coffee breaks. The round table discussions in the café were especially interesting because everyone was encouraged to add to the discussion, and the topics were very stimulating and thought-provoking.
It truly was an ‘international’ conference, hosting speakers and attendees from all around the world. There were speakers from various European countries, the United States, Guatemala, Singapore, Japan, and even North Korea. There were several organizations being represented at the conference, and it was nice to learn about all the great work these organizations are doing to promote liberty around the world, but it was particularly nice to see that an organization that I work for, Students for Liberty, was well represented in both attendees and speakers. As a Campus Coordinator for Students for Liberty I took advantage of my time there, networking with all the speakers, sponsoring organizations, and fellow student attendees. I approached many of the speakers after their presentations, thanked them for their presentation, and asked if they would be open to the idea of speaking at an event in my area. I also noticed that there aren’t any Swiss students within the SFL network, so I promoted the ideal of becoming an SFL member to a couple Swiss attendees.
Since there was a lot of information provided at this conference, I will only expand on what I felt were the highlights. I took notes for most of the presentations and I have included this information in the footnotes of this paper.
The first day of the conference Dr. James Lark, from the Liberty Coalition of University of Virgina, gave a great speech on why “knee-jerk libertarianism” does little good in spreading the virtues of libertarian philosophy. Dr. Lark explained how responses such as “the free-market will take care of it” are perceived as dismissals of serious social concerns. Furthermore, assertions such as “government employees are lazy, and incompetent” are knee-jerk reactions that do not resonate with most of society. The key point I took away from Dr. Lark’s presentation was that in order to advocate the philosophies of liberty effectively, and efficiently, one must treat people with courtesy, respect, and most importantly patience, because the angles that people approach libertarianism are numerous and we cannot assume anyone will follow in our intellectual footprints.
On the second day there were several presentations that related to health care and self-ownership. Dr. Mary Ruwart, author of Healing Our World and Short Answers to the Tough Questions, gave a brief history of medical exploration in the western world, and then offered evidence that modern regulations have hindered medical exploration and the health care market for decades. I found two statistics presented by Dr. Ruwart very shocking. First, Dr. Ruwart shows how the regulatory burden to pharmaceutical companies has drastically increased the price of pharmaceuticals since 1962, also resulting in a delay in release time for pharmaceuticals from four years to fourteen years, and concluding that without the regulations of the FDA, trends show that prices of pharmaceuticals would be around 15% of today’s cost. The second shocking statistic presented was that 4.7 million deaths could have been prevented had the release time of pharmaceuticals not been extended from four years to fourteen years. Dr. Ruwart ended her presentation by advocating self-ownership through preventative care of oneself, offering several websites for preventative care information, which are included in the footnotes. 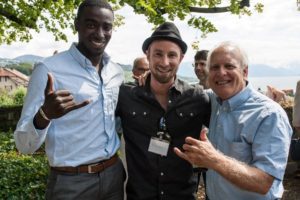 That same day professor Ken Schoolland, author of The Adventures of Jonathan Gullible, gave an amazing talk on an important medical taboo that is many times over looked. This taboo is the transfer of human organs, and these social and legal restrictions on organ transfer result in a shortage of viable organs in the market, which results in a significant loss of lives each year. At the core of professor Schoolland’s talk was a fundamental libertarian thought, “I own myself”, and anyone that believes this as true should not have a hard time agreeing with the notion that being the owner of one’s self includes the right to engage in the transfers of his or her own body parts. Well, the state does not agree that you own yourself, and in fact it is a felony crime to “transfer any human organs for valuable considerations for use in human transplantation.” The obvious consequences of such a restriction on the organ market are a shortage of organs and a black market where the price of organs is inflated due to risk. Professor Schoolland refers to a study that shows a compensation program offering only $25 for most organs would close the gap in the demand and supply of organs for transplantation, and by closing this demand gap tens of thousands of lives would be saved each year.On the third day of the conference there were two presentations regarding the internet which I found both relevant and practical to libertarian activism. The first was a presentation given by professor Terry Easton regarding internet security. Professor Easton is the author of Refounding America, and in his presentation he provided nine main tips on having “safe intercourse” with the internet, these tips and other resources are included in the footnotes. The second presentation was given by a self described hacker named Marco Ricca. Marco is a young, successful hacker who lives in Switzerland, and advocates activism though the free-market environment of the internet. Marco states “the internet itself is the unplanned and formidable product of free, unilateral, individual human action” and it is so successful in the spread of information because it is “a heuristic and dynamic conglomerate of voluntary peering agreements.” I very much agree with Marco’s idea that the free flow of information though the internet is vital to the promotion of liberty, and I greatly appreciate the information provided by professor Easton on internet security, both were important lessons in utilizing the internet’s vast resources.
I greatly enjoyed the last day of presentations, not only because two of the presentations that day were given by SFL members, but mostly because that day we had the pleasure of meeting Shin Dong Hyuk, the first known person to escape the political prison camps of modern North Korea. Shin’s story of growing up in the prison camp was amazing, it gave me a true perspective of the preposterous evils that are within the capacity of statism. Shin wrote a book about his life in the prison, and escape from North Korea, entitled Escape From Camp 14, which will definitely be the next book I buy and read. I was so touched by Shin’s story that I approached him afterwards in order to get a picture with him, and give him my SFL lapel pin. That same day Yaël Ossowski from SFL gave an impressive talk about the power of good journalism and public relations. Yaël’s advice for advancing the libertarian perspective is to encourage practical investigations into fraud and waste by the government, and to arm citizens with emotive facts that persuade them to think about the abusive nature of the government. Another well spoken SFL member that presented that day was Aleksandar Kokotović, who is the Executive board chairman of European Students For Liberty. Aleksandar shared with everyone the history of Students of Liberty, and its major accomplishments. Both Aleksandar and Yaël spoke about the importance of coalition building, and both gentlemen provided a great representation of the wide spread impact of SFL, and its huge potential for great accomplishments in years to come.
Attending the ISIL 2013 International Libertarian Conference was a blessing, and I am very thankful to all the speakers, sponsoring organizations, and everyone at ISIL for hosting such an amazing event. I am especially grateful for the travel grant from the Grassroot Institute of Hawai’i and the Koch Foundation which allowed me to attend. I believe these opportunities to travel and learn should be something provided to any student leader who is devoted to promoting libertarian philosophy. These opportunities will broaden students’ horizons by connecting them to a large global network of people and organizations that are similar in ideology, and empower these student leaders with the tools and information they desperately need to be a successful advocates for liberty. Because I believe these educational-travel opportunities will greatly help train and motivate the youth, this year I will be working very hard to provide the same opportunity that I had this summer, to other student leaders next summer. If I am able to provide the same opportunity to two students next year, and each of those students helps provide the opportunity to two more students the following year, I believe we can exponentially grow the liberty movement in our local areas, and connect it to other liberty movements around the world.
View photos from the conference here.