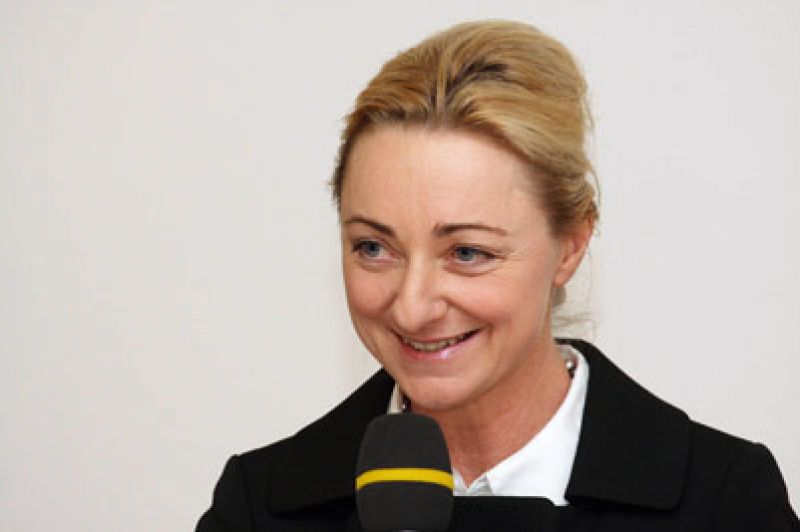 Barabara Kolm, Ph.D., is truly an Austrian, Austrian economist. As President of the Hayek Institute in Vienna, she presides over the Austrian Economic Center that carries on the work of Friedrich Hayek.

Some attendees from Li Schoolland’s Bratislava Austrian Economic Summit visiting the Hayek Institute last summer, and being led by Barbara Kolm on the Hayek walking tour of Vienna.
More than any other Austrian economist, Dr. Kolm is interviewed by the international media about the perspective of Austrian economists on the European debt crisis. “Nothing has been solved,” she explains. “The situation is as worse than it was at the beginning, and we literally burned money trying to bail it out.”
Reason Magazine’s Matt Welch interviewed Dr. Kolm to discuss the Eurozone’s financial situation and what it will take to bring Austrian economics back to Austria. She points out that redistributive welfare states do not work and that there is no place in Europe. You can see the interview here.
[tabs]

Kolm Barbara PhD, President of the Friedrich A. v. Hayek Institute in Vienna, Austria and Founder and Director of the Austrian Economics Center. Being a worldwide networker she uses these abilities to promote free market policies; in addition she is a frequent speaker at international conferences on public policy related issues, especially on deregulation and competition topics, the Future of Europe and Austrian Economics.
She is a guest at TV shows and comments daily public policy in media.
Barbara Kolm is an Associate Professor of Austrian Economics at the University of Donja Gorica, Montenegro and a member of the Board of Business Consultants of the Austrian Federal Economic Chamber and a Member of the Mont Pélerin Society. She is President of the European Center for Economic Growth. Since 2014 she is one of the 21 members of the ´Committee for Adoption of Best Practices´ (CAMP) of the president of Honduras ZEDE (Zone for Employment and Economic Development).


[/tabs] Have a look at who else will be speaking at our upcoming conference, and be sure to register while we still have early bird pricing!