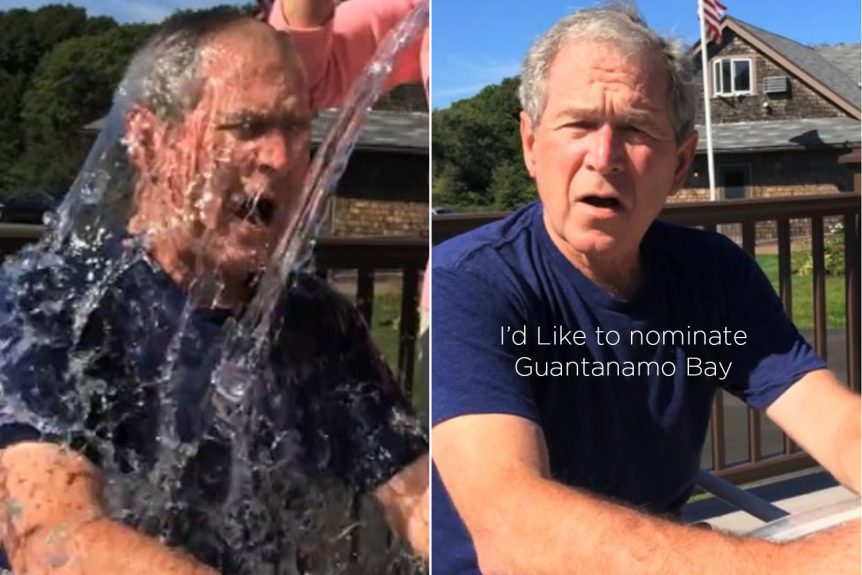 What Libertarians Can Learn From the Ice Bucket Challenge

Recently, the ice bucket challenge spread on Facebook to millions of people.  The videos featured folks talking about the charity for Lou Gehrig’s disease, and then dumping a bucket of water over their head.  This simple idea has spread so far, and so fast that the charity has raised over 100 million dollars.

So why isn’t libertarianism spreading as rapidly as the ice bucket challenge?

The answer may be found when looking at a little thing called the meme.  Richard Dawkins, who coined the term in his 1976 book, “The Selfish Gene”, said that a meme is an idea that can be replicated many times, much like a gene.   Where genes travel from body to body, the meme travels from brain to brain.

What this says for libertarians is that we need to think of our messages as self-replicating ideas, if we are to see them go viral.

In biological terms, genes travel well when they are small.  This increases the chances for replication.

The ice bucket challenge was an extremely small meme.  Each video was about one minute long, and the format was simple: talk about the charity, and then dump a bucket of ice over your head.  The simplicity of the meme helped the chances for replication.

This suggests that the philosophy of liberty is perhaps too long and complex to be passed along as quickly as the ice bucket challenge. For one, the libertarian philosophy is difficult for many people to digest. Although it can sound simple, the idea is met with cries of skepticism at every corner. This may be because the meme is competing with other memes – namely, the meme of big government. A “bigger government” perspective and a “smaller government” perspective cannot exist in the same brain, unless some sort of mental gymnastics are going on to keep the contradiction going.

This competition results in a low chance of the meme of liberty being copied in the first place.

Even if the meme is copied, it may suffer the fate of mutation.  In genetic terms, a gene mutates when it is copied with an error. Memes also suffer this fate, as anyone who has played the game, “telephone” knows.  In this game, children sit in a circle, and each child whispers a message that he or she got from the previous child.  A message like “Fire and Ice”, may turn into “Cats and Mice” by the time it gets to the last child.

The ice bucket challenge was such a small meme that it was unlikely to mutate at all.  This helped it to travel unchanged to millions of people.  However, because of the sheer volume of people, the meme inevitably did mutate.  Some people put money in the bucket instead of ice, and this meme spread as well, with many more people dumping money on their head.  Sometimes folks would add comic timing to the video, with someone off camera splashing the bucket on the presenter in mid-sentence.  Other people simply donated to other charities, such as a diabetes charity.  Each of these mutations spread like a virus that spawns a new strain.

The word “liberal” and “republican”, have also mutated throughout history, originally meaning something closer to libertarianism, but today meaning almost the exact opposite.

So why does libertarian message seem to mutate so much?

Perhaps it’s because the libertarian philosophy is so long and complex that it’s too easy to make a mistake when reproducing the meme.  Similarly in genes, the longer a gene is, the more susceptible it is to mutation.

Also, the government which exists in the minds of people has a vested interest in not allowing liberty to get in.  The government meme says, “I hate politics,” and “don’t accept any new ideas!”  This blocks the pure liberty meme, and only allows in the mutated versions.

But also, historically liberty memes have spread largely by human beings through word of mouth, or pen, which has slowed down the speed and fidelity of the already difficult to convey message.

However, there is something different today that has never existed hundreds of years ago, which seems to fix all those problems: Facebook.

Facebook is the ultimate meme machine.  For one, computers themselves are much better at copying ideas, and preserving fidelity than human beings.  And Facebook is the platform by which human beings have chosen to connect with, making it the most miraculous meme replicating machine in the world.

Also, Facebook posts, by their very nature, are small.  And small ideas are much easier to spread than large ideas.

In addition, Facebook is a place where people read things that they weren’t necessarily looking for.  Most people weren’t looking for the ice bucket challenge when they first saw it.  Chances are they stumbled upon it because they saw their friend doing it.  This creates a way around the meme of “I hate politics”, which most people subscribe to, because at some point, it’s difficult to ignore a post on your wall that many friends are sharing and commenting on.

But what about that ice bucket challenge?  What can libertarians learn from the success of this meme to help our own messages spread?

Well first, the challenge was a video.  Facebook recently changed it’s website so that videos automatically play.   This was very fortuitous for the ice bucket challenge.  The genius of the ice bucket challenge is that the image of a bucket pouring over your friend’s head is almost too tempting to pass up by continuing to scroll, especially if the video is already playing.  Libertarians who wanted to spread a message should make sure that their meme is visual, tempting, and funny, and capitalize on the recent video change on Facebook.

Secondly, the video was agressive about replication.  At the end of every video, the person nominated someone else to take the challenge.  Many online memes say, “Share if you agree!”, however the ice bucket meme presented a new way to replicate, and the novelty was appealing.

Also, the video was for a universally good cause, like helping to fight ALS.  This made it especially easy to share, and take part in.  It’s easy to find libertarian messages that have good causes in them, but finding a way to make the causes universal is the difficult part.

Finally, the videos were slapstick.  Unfortunately, many libertarian videos try to be funny, but are so toungue-in-cheek that the joke flies over most viewer’s heads.  Perhaps meme sharers would do well to study great comedians like George Carlin, or Penn and Teller.  Both acts have had an enormously wide appeal, often with libertarian messages.

Of course, Facebook isn’t the only place where meme’s spread.  Twitter, Newspapers, Apps, and of course, friends and family are also pretty good at spreading memes too.  And the meme of liberty IS spreading rather fast.  Okay, maybe not as fast as the ice bucket challenge, but more and more people are engaging with libertarian ideas through the internet.

In the natural world, if the conditions are just right, a selfish gene can spread very quickly, especially if the gene is helpful for survival.  This may be the best evidence that the meme of liberty has a bright future.  With the unsustainable growth of government, the philosophy of liberty may very well be helpful for the survival of the human race.