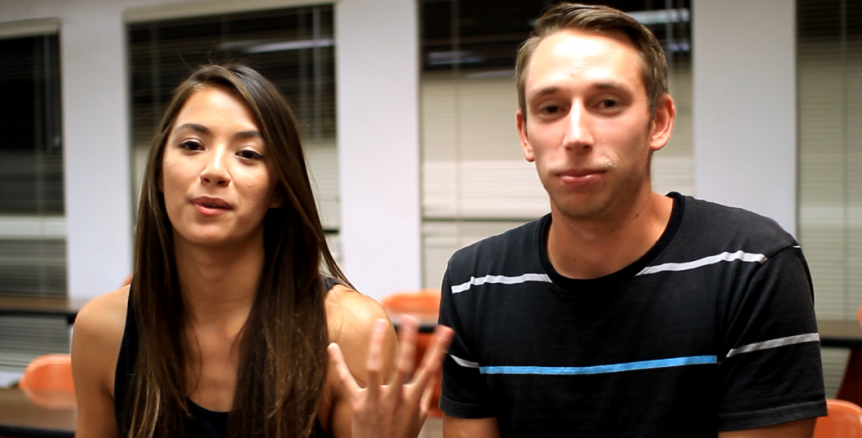 Poop Out of Poverty

Emily MacNintch and Nick Holvik have stumbled on to a brilliant idea to help reduce disease, and save lives.  Please watch their video, and consider voting for their idea on the like provided.

“Hello, my name’s Emily, and my team wants a National Geographic grant to collect poop.  In a world where we have become so technologically advanced, it’s easy to forget that over 2.4 billion people lack access to proper sanitation.  In other words, more people have cell phones than toilets.

This leads to people openly defecating and spreading disease.  A major disease that it spreads is diarrhea.  It takes atoll of 5,000 children daily, making it the second leading killer of children worldwide.  The majority of these deaths could be prevented just by using adequate sanitation.

In 2000, the UN set a goal to half the proportion of people without sustainable access to basic sanitation by 2015.  It is 2014, and it is known as one of the worst performing development goals, specifically being stalled in South Asia, and Sub Saharan Africa.  India accounts for 60% of the people who rely on open defecation worldwide.

Every one dollar spent on sanitation can result in up to nine dollars in benefits and productivity.  What if we told you we could create even more value for the community?

We want to bring communal bio-digester composting toilets to communities that need it.  This will not only help to solve the waste problem, but will provide communities with energy and fertilizer.

We want to equipped community members to create sustainable businesses from the energy and fertilizer produced.  This will not only create jobs, but will ensure that the toilets are promoted, safe, and clean, so that people will use them.

Don’t forget that they will prevent disease, improve productivity, and improve agriculture.  In addition, sanitation has proven to improve water quality, as well as education through attendance of both boys and girls.  All this while providing a source of free renewable energy.

Please be part of the solution, and vote for our video to spark change throughout India, and areas that need it.”

Vote for their project at:
http://expeditiongranted.nationalgeographic.com/project/poop-out-of-poverty/