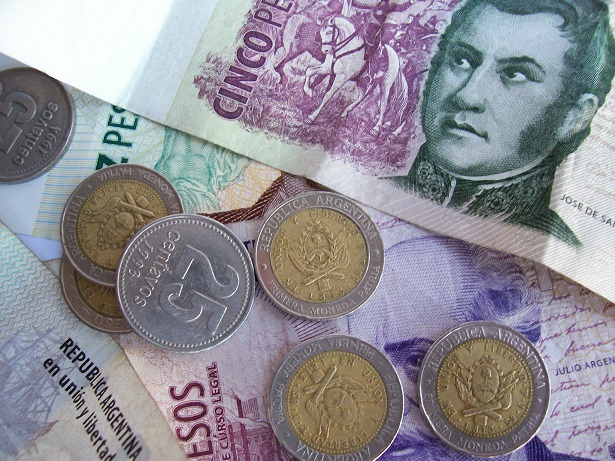 Traveling through Argentina recently I was taken aback by the abject depression that seems to have taken the country and the people in its grip. Even after spending barely two days in the country I left with a negative taste in my mouth. More than the many buildings, modes of transport, streets and sidewalks in severe states of disrepair the overall feel of the place really stood out in my mind. And it is not that I was expecting to see a prosperous, bustling country either.
For some time now it has been clear that the Argentine economy is rapidly disintegrating. The people are struggling to cope with an estimated inflation rate of over 50 percent, a rate the Kirchner administration has been stubbornly underreporting to the point to where international authorities have openly questioned the numbers. Other persistent problems include seemingly permanent fiscal deficits, international reserves drying up, and the ongoing devaluation of the peso. Government spending as a percentage of GDP now hovers around 50 percent, contributing to last month’s second sovereign debt default in a mere 13 years. Meanwhile the previous one is still haunting the state budget.
In late 2001 the Argentinian government declared the world’s largest sovereign default, triggering the worst economic recession in history. Unemployment spiked to 20 percent causing widespread riots and looting, not to mention political instability– five different presidents held office in a mere two weeks. Eventually the debt was restructured and most bondholders agreed to a debt swap even if the new bonds were worth only 35 cents on the dollar. A small minority holding some 9 percent of Argentine debt did not take the deal. Consequently these hedge fund “holdouts”, in Argentina less affectionately referred to as “vultures”, have been involved in a legal battle with the government that has gone all the way to the U.S. Supreme Court.
While this year’s default differs from 2001 in many ways it is impossible to truly grasp the former without understanding the far-reaching ramifications of the latter. Former Economy Minister Roque Fernández even goes so far as to argue the government has effectively been in default since 2001 as it never resolved that situation. Whatever the case may be, the common denominator is the victim: the Argentinian people. Historical evidence of its many defaults suggests they typically result in at least a 10 percent drop in GDP.
Nonetheless, the Kirchner administration has had the audacity to place signs at sites of taxpayer-funded projects proclaiming “Aquí tambien la nación crece” (here too the nation is growing). The sad truth is the only indices indicating growth in Argentina are the ones that should show the opposite; think government spending, the money supply, and the fiscal deficit. Unfortunately the Kirchner administration has been too busy childishly denying reality and trying to shift the blame for the economic malaise on the “vultures” to do anything constructive for the people they claim to represent.
But there is hope. In the midst of all the chaos Bitcoin is making headway as an inflation hedge. A Subway franchisee in Buenos Aires recently decided to start taking Bitcoin, and the country’s first Bitcoin ATM is now a reality. The old adage holds true in Argentina today: you can fool some people sometimes, but you can’t fool all the people all the time. Especially in the information age.