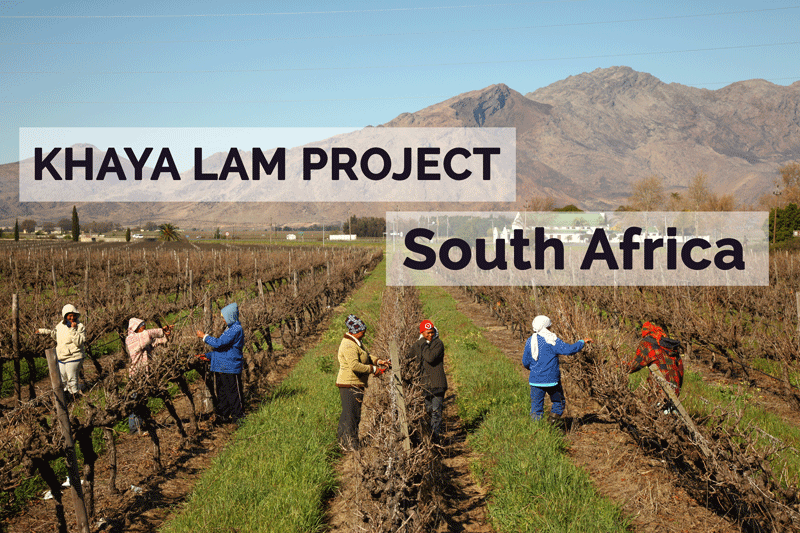 An historic meeting took place at Weiveld Boerevereniging, Parys, on Friday 17 October 2014, when twenty four farmers agreed to pay R750,000 to a land reform project, that will assist their employees to become homeowners for the first time and see 406 houses converted to freehold. The ‘Khaya Lam’ land reform project has the backing of Free State Premier Ace Magashule and the support of all political parties in Ngwathe.
Driven by the Free Market Foundation (FMF) and initiated and led by Parys farmer and entrepreneur Perry Feldman, this project means that hundreds of poor and deprived families and individuals will get their first step towards true economic freedom and economic prosperity. Educating the new homeowners on how to manage their new asset is a vital part of the plan.
Land reform is a highly emotive and increasingly political divisive issue, yet these Free State farmers, without political motive or public fanfare, are quietly helping local black citizens to get access to freehold title of the homes they currently occupy under Apartheid era regulations.
This is a first in South Africa and stands as a prime example of what can be achieved if all parties involved are committed to the principle and ideal of full title for homeowners.
Khaya Lam is a tangible and practical example of real ownership restoration in action. It is a blueprint which can be readily taken up and adopted throughout the country where poor families live in generational poverty, never having the means to access credit, finance and opportunities.
A title deed is a profound game changer for millions of this country’s poorest citizens: it is a tangible asset against which they can borrow money, earn rental income and begin to change their family’s socioeconomic circumstances. It is a simple but profoundly effective plan.
Feldman and FMF Executive Director Leon Louw, explained how the process would work in practice. A critical element is educating the new homeowners about the value of their asset and how to maximise the significant opportunity it presents.
Khaya Lam supporter Kobus Dannhauser, Weiveld Boerevereniging chairman and feed-lot operator, said that people who owned property do not burn property. “Currently, workers who spend scarce money on improving their houses often lose that investment when disputes arise because they don’t have title. Then farmers have to lend more money to workers to start again.” Dannhauser pledged to motivate sponsorship of 54 conversions by the Boerevereniging saying that this would contribute to a stable workforce and create respect for the farmers’ role in transformation.
Dairy farmer and tractor and implements distributor, Wynn Dedwith, pledged to sponsor the conversion of all of his workers’ properties (approximately 170) in the Ngwathe area saying that such programmes were essential to the future of farmers and their image in society.
A further 182 pledges were made from the positive and fully engaged audience who were keen to find out more about how to participate in Khaya Lam. Louw said that the FMF would organise all aspects of the conversions and famers should provide a list of their workers’ contact names and stand numbers.