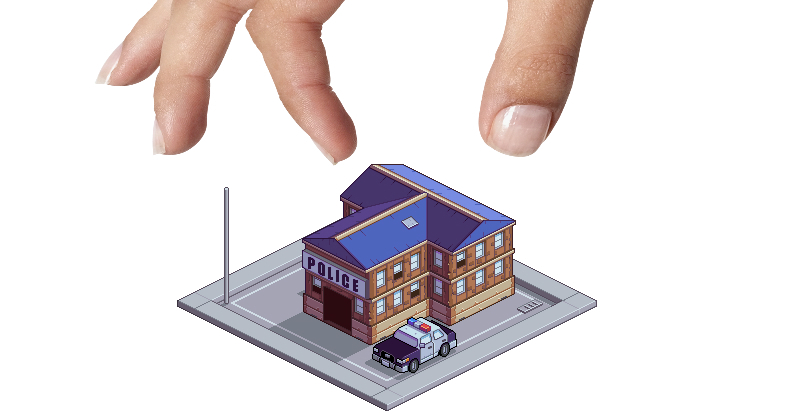 Imagine you were going home, and you noticed a bulldozer on your property about to topple your house to the ground.  The man next to the bulldozer holding a clipboard might say, “Sorry, this property is ours now, because we can make a better use of it.  But don’t worry, we’ll pay you what we think it’s worth.”  Sad as it may sound, this scenario is common around the world, and it’s known as eminent domain.
Eminent domain is the process by which government can take private land, if it’s in the “public interest”.  For example, if it’s in the public interest to build a railroad through your property, the government can bulldoze your house.
The logic of eminent domain works like this: whoever has the most “interest” in a piece of property should be able to own it.  So if the public interest outweighs the private interest, then the public should own the property.
But how about the reverse?  Can private individuals take public land, if the private interest is greater?
After all, wouldn’t it be nice to take a failing public library, and turn it into a successful private bookstore?  Or a successful apartment complex?  Or a mall?  Or a grassy field for cows?  Private entrepreneurs could compete to show significant evidence that their project would use the public property better than the government.
Imagine a government rail project that was failing.  Ridership was down, and the project was hemorrhaging taxpayer dollars.  By the logic of eminent domain, shouldn’t a private individual be able to jump in a bulldozer and demolish the failed rail project, if they had a plan to do something more productive with the property?
Across America, there are 77,000 empty or underutilized government buildings, which cost taxpayers $1.7 billion a year.   That’s because the buildings need to be maintained; the lawns need to be mowed, and the pipes replaced, etc.  These empty buildings could be sold off to private individuals who would certainly make better use of the property.
Going a step further, a case could be made that all public property could be sold off to private individuals.  After all, if the price a private individual is willing to pay exceeded the price that the public property was valued at, then by definition, the property would be more highly valued by the private individual.
For example, if the Department of Motor Vehicles building was valued at $1 million, and someone offered to buy it for $1.5 million, then using the logic of eminent domain, the DMV should be forced to sell their property to the private individual, who was more interested in the property.
Going even further, even if the price for the public property was listed too high for anyone to afford, private individuals should still be able to own the property, if they could show that they could manage the property better.
For example, if someone could come up with a plan to manage a police station better than it was currently managed — then the private party could serve the public interest better.
The same would be true for a government affordable housing complex, or a school.  If someone could manage it better, than the public would be greater served by a private individual.  This would, after all, benefit more people in a greater way.
Keep in mind, this is not some frivolous idea, but the way eminent domain actually works, except in reverse.  The exact same arguments are used to take private property.  So by the very same logic, the reverse argument could be used to justify the taking of public property.
If the logic only works one way, and not the other, then perhaps the very notion that property should be owned based on whichever party is most interested, is flawed.
After all, if I’m more interested in my neighbor’s property, I’m not allowed to own it.  This would be considered a violation of property rights.  However, when government does it, somehow it’s okay.
But the logic of eminent domain does not seem to work in reverse.  Any foray into the logic of eminent domain law quickly leads to endless contradictions, which can only leave any sane person barking mad.  There is only one way then, to get public property back in the hands of private individuals — and that is to recognize the illegitimacy of eminent domain law in the first place.