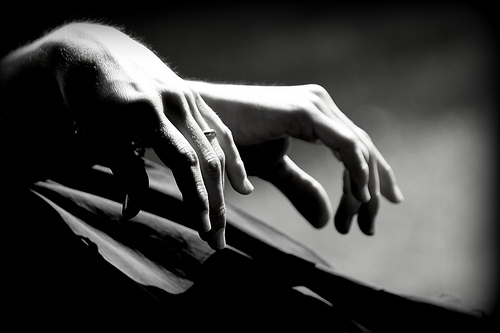 Conflicts and Harmonies of Interest

One day, the government told me to stop teaching piano lessons.  Yes . . . as crazy as that sounds, it’s true.

I was a music teacher at a public school.  My crime was that I taught private piano lessons on the side, to some of the very same students.  From the government’s perspective, I had a “conflict of interest”, and might abuse the system somehow, to make oodles of cold hard cash.

For example, I might teach less music during the day, so I could teach more music at night, during private lessons.  In this way, according to the government, I would hold kids back for my own profit.

The absurdity was painful — yet the threat was very real, with thousands of dollars in fines, or jail time just around the corner.  I immediately gave up my private lessons, and soon after, quit my job working for the public school system.

For example, the state is the ultimate decision maker in all cases, including those cases involving itself.  The government can be the judge, the jury, and the criminal in the very same case.  Predictably then, the government will tend to rule in favor of itself.

Some may find this laughable, except that the government abuses this power all the time, with virtually no consequence.  If someone were to accuse the government of this conflict of interest, the government would simply dismiss it’s own case out of it’s own court.

The same is true with taxation.  The state is responsible for collecting taxes, and it is also responsible for paying taxes to itself.  Predictably then, the state will attempt to pay more tax money to itself, as it attempts to collect more taxes.

Finally, the state has a conflict of interest in being able to decide all conflicts of interest.  For if the state can rid itself of a competitor, for example, a humble private music teacher such as myself, then it can hold on to it’s monopoly.  In this way, getting rid of all so called “conflicts of interest” in a free-market system will lead to greater power for the state.

For example, if I have a friend who makes t-shirts, and I need t-shirts for my company, I may choose to give the bid to my friend.  My friend may give the company a good deal, which would clearly be a good conflict of interest, or perhaps a “harmony of interest”.

Sure, this might sound rosy, but what if my friend charged my company more money, and I still chose him?  Surely this would be immoral, and might be considered a conflict.

But it depends.  For example, my friend may have more knowledge and information about making a better t-shirt.  He may have inside scoop about information that would help the project.  He might make a better t-shirt simply because he’s my friend.  There’s a grey area — depending on whether or not the deal was voluntary to all parties involved.  This could be a conflict of interest, or it could be a “harmony of interest”.

It’s obvious that if my friend were to rip me off, then it would hurt my business, and it would hurt our friendship, and hurt my potential future at the company.  It may also hurt my friend’s business.  We both have incentive to bid in a friendly and honest way, or else there are real consequences.

Government, on the other hand, has no real consequence for stealing, because of it’s monopoly over the legal systems, and the tax systems.  Governments encourage conflicts of interest.

Harmony, however, is encouraged under a free market.  It might seem like magic, or coincidence that two people say “thank you” when a voluntary transaction is made.  But this is no coincidence at all.  It is a beautiful harmony that is encouraged, as if by a musician’s invisible hand.