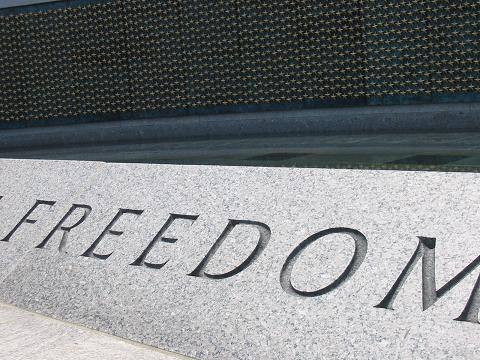 The State of Freedom in Chile

Perhaps one would not know it for some of the articles that have appeared on this website, but libertarians have plenty of reason to be optimistic about Chile. The country’s economy consistently ranks as by far the freest in Latin America, reaching tenth place in the world in the most recent ranking. Free market type policies have lifted millions of Chileans out of poverty over a time span of mere decades while making its capital city a major hub for international business. And despite recent allegations of large-scale corruption regarding political campaign contributions, on the whole corruption is virtually unheard of.
Such a success story literally sets Chile apart from every other nation on the continent, as evidenced by the fact that it is set to become its first developed country by the end of this decade. Yet its unrivaled success has all but silenced critics. On the contrary, it seems like the very prosperity that made Chile the envy of Latin America has lulled some would-be free market advocates to sleep, while proponents of state intervention are running on all cylinders. “Free” education and healthcare and Keynesian economic stimulus – read: more wealth confiscation – are just some of the talking points among those aiming to perfect society by way of scribbling words on pieces of paper.
Last March an OECD report made the headlines in Chile for categorizing the country as among the most unequal in terms of income distribution. Such reports provide the kind of ammunition used by interventionists to beat the drum for all manner of reforms, including the recently approved educational reforms. Given the relative lack of government meddling in daily Chilean life – at least on the scale people in most developed nations have become accustomed to – some are eager to seize every opportunity to promote the supposed virtues of government planning.
To be fair, much of this sentiment stems from resentment against the iron first with which economic reforms were implemented by Augusto Pinochet’s military junta. Looking to break with the socialist policies pursued by his predecessor Salvador Allende and its disastrous consequences, the commander and his ilk considered “the Chicago Boys” to be the only group of economists worthy of their trust. Taking his cues from them, the policies subsequently introduced succeeded in reversing the downward trend and revived an economy previously characterized by soaring inflation and deficits coupled with plummeting saving and investment rates.
Since its return to democracy in 1990 Chile has almost exclusively seen left-wing administrations. For the better part of this era, however, economic policies have generally favored the free market over central planning. It is precisely this trend that is a thorn in the side of those who wish to see more top-down decision making, their main spokesperson being Michelle Bachelet. Fortunately their rhetoric does not go so far as to demonize international trade or private property, but it does tend to blame the free market for inequality in just about every aspect of life. This flawed line of thinking is most prominently and frequently used to justify more state control of healthcare, education and the labor market.
The latter, of course, can hardly be said to be a uniquely Chilean phenomenon. Still, it is imperative to the cause of freedom to promote this understanding of the philosophy of liberty; that rather than foster inequality, voluntary trade has historically been – and still is – the most powerful force against it. Not to mention the fact that trade, not coercion, is simply the morally preferable thing to do.