Last February I had the privilege of attending a Liberty and Entrepreneurship camp in Uganda. Such an inspirational event – to meet so many ambitious, thoughtful young people interested and hungry for the ideas of Liberty. Many were from the University of Kisubi, near Kampala, where the event was held, but some from other Universities and a few even came from Kenya. Mugabi John Socrates (from ALED – Action for Liberty and Economic Development) and Adedayo Thomas were our dedicated hosts and organisers.

The Vice Chancellor welcomed us warmly, sympathetic to the ideas of freedom and prosperity that seemed to be popular in this successful private university. The theme of the ‘camp’ was “Free Enterprise and Morality” – so vital to show that there is an inherent link between both concepts. Talks by Andy on ‘Why freedom? Principles of the Free market’, ‘10 technologies that will change the world’ and ‘Essentials of Entrepreneurship’ were enthusiastically received. Adedayo spoke on ‘The Foundations of Africa’s Economy and political freedom’ with considerable passion and flair.
I contributed with a talk on ‘Education in the developing world’ which led to some discussion on the situation in Uganda and concluded with a talk on ‘Human Progress’ showing the amazing achievements that have been accomplished in the world where-ever and whenever free trade and entrepreneurship were allowed to flourish.

Travelling around the country in the days prior to the camp (through Kampala and to Northern Uganda for a safari I could not resist) I had observed the land and its people. A congenial climate, fertile soil, in parts lush natural habitat but above all, a young, aspiring population eager to make their mark in the world. So much raw potential! Through discussion with new friends I learned that many had long since recognised that qualifications alone – even from their most prestigious universities, would not be sufficient for these ambitious young people to prosper – entrepreneurship was their greatest hope. I met teachers who would moonlight running businesses, an auditor – who was also a successful pig farmer and budding restaurateur (Go Tonny!) and many others.

Students such as these avidly participated in the workshops that charismatic Adedayo (from ALOD- African Liberty Organization for Development) arranged for them – studying and performing their own dramatisations of excerpts from ‘Adventures of Jonathan Gullible’ and ‘Johnny Profit’ – a simple story in the same vein designed to teach basic economic principles reminding us that profit is not only necessary but good! It was a delight to assist and then judge the best performances. A short camp, it was over far too quickly but I remain in touch with many of these dynamic young people and will look forward to hearing of their successes.

As part of my enduring passion for Education I also took the opportunity to visit 3 schools in Uganda to see for myself the differences between schools in the private and public sectors. I had learned from James Tooley’s valuable research (‘The Beautiful Tree’) that state schools in Ghana, Kenya and Nigeria had been eschewed by parents for being low quality, corrupt and simply ineffective, despite being ‘free’. Even the most impoverished parents preferred to send their children to a fee paying school where standards were invariably higher, where teachers actually taught and they could see their children progress. Would it be the same in Uganda I wondered? On my road trip I had seen many billboards advertising schools – ‘Brilliant School’, ‘Spire’. ‘Trinity school’, ‘Precious school’, ‘Destined Kids’, ‘Bright Future’, ‘Sure Prospects’ with catchy visions – ‘From dreams to reality’, ‘All heads, no tails’.

I began my own research by asking the host at my guest house if she knew of any fee paying schools specifically for poor parents. The conventional view in both developed and developing countries is that private schools are only for wealthier parents and that the State must provide education for the poor or they would have none at all. But no, the request was not met with scorn – far from it, it turned out the cook sent her 2 children to the local ‘Tom and Jerry’ school nearby and yes, we could visit it. Fees here were about 105,000 Ugandan shillings per month – under US$30. Just about affordable for a thrifty cook who earned roughly 3 times that amount. As it turned out we could not see the school when we arrived as the Head was away – visiting his bank! But ‘Optimum Academy’ was nearby and we were warmly welcomed there. A relatively new school, it had only about 30 pupils by comparison to the well established ‘Tom and Jerry’ with over 400 pupils but the Head and the Director had Big Plans for expansion. Still a tiny school it doubled as a child care centre and the teachers taught with baby cribs in the corners, by night it became a centre for sewing classes. They clearly had to diversify considerably in order to make a profit. 3-4 small classrooms and a few outhouses where they hope to expand in future, currently used as a kitchen. Fees were still very low – ranging from $10 per month for jobless parents, with free meals and transport to $15 for others plus extra for food and transport. Facilities were basic but clean and the standard of work that I saw from the children was very good indeed. I expect to hear that ‘Optimum Academy’ will thrive in future. A very enlightening first visit.

My next school was a high school, the visit organised by the indefatigable Mugabi John Socrates who had actually attended it himself in his youth – Entebbe Secondary Comprehensive School, occupying lovely, large grounds overlooking Lake Victoria. (“Knowledge is a Treasure”) Here once prestigious looking fine buildings seemed to be sinking into decline. Well dressed adolescents meandered between rooms and we were invited to visit a class where listless youths and girls appeared to perk up momentarily at the sight of strangers. Mugabi informed us that this had once been a successful school in his day but standards had dropped dramatically. Now from a cohort of 100, only 3 were expected to pass their final exams. No wonder they looked listless! So what had happened to this once fine school? Universal Secondary Education – an Act of government that made this school ‘free’ in 2012 – is what happened. Whereas previously, they had good teachers, an equipped library, laboratory and met the needs of the students, after USE motivation and quality of teachers declined due to lack of funds. Mugabi, now a School Governor works tirelessly on behalf of the students – innocent victims of a failed policy. Against the wishes of the Ministry of Education they have re-introduced some small fees to better reward teachers and improve standards. I wish them every success!

The final school was the greatest revelation – a wonderful, inspiring private Primary school operating superlatively on the tiniest of budgets – Nkumba Model School. Model in name and Model by nature. I was brought here by the congenial Manager of my next hotel, Joseph who knew the school well and its reputation for providing high quality education for the poorest of students. Once again, the Head of the school greeted me warmly from his tiny cubbyhole of an office equipped with nothing more than floor to ceiling school files. No glossy brochures, no wall displays, not even books as far as I could see. I visited several classrooms ranging from the youngest children who excitedly sang for me to my delight, to the eldest preparing for secondary school. Classes were full to bursting – more than 40 per class, the school having about 400 in total – 100 of them boarding. Here were keen, bright eyed kids with great ambitions, excellent standard of work – in Science, maths, social studies, English, delivered by specialist teachers who clearly knew their stuff. I studied their books assiduously – they put many English kids to shame. I asked the children what did they want to be? Doctors, engineers, pilots, a football player, a vet, one bespectacled, earnest little girl solemnly replied – a neuro-surgeon. I am sure she will do it too!

I was full of admiration – yet the school had nothing in the way of facilities and they were genuinely delighted with my gifts of glossy books, colourful crayons and other useful items. In addition to the bare classrooms the outdoor play area was just a dusty patch of ground with communal concrete cells for bathing and toilets. Cold water ablution facilities for the boarders, each child equipped with their own bucket. There were only two water taps on the premises and the area was full of jerry cans. I visited their dormitories – one large room for the roughly 60 girls, a slightly smaller one for the remaining boys. Double bunk beds (individual mosquito nets) for all with their personal possessions in the metal trunks I had seen in every market. This school was clearly thriving despite operating on minuscule budgets. A list of fees showed they ranged from $10 to about $20 per month with children paying a little extra for school uniforms, their exercise books and other items. However, not all the children had uniforms and this was clearly not enforced. No child was turned away for lack of uniform (as they could be in the supposedly free state schools), indeed not even for inability to pay. I was informed that about 50 pupils paid nothing at all, the school extending charity to needy children. Sometimes, parents paid ‘in kind’ performing services for them instead. For example, one door welder looked after all their doors and gates. The school had extensive security I noticed, the premises heavily barred. It was a truly rewarding visit and I was loathe to leave even after the hours I had spent there.

When once considers the millions of dollars given in aid for education that ends up being squandered in state schools – they have better facilities but teachers who don’t turn up, it is good to see a school that does not seek help and flourishes by making a profit – however small. Yet it would be lovely to offer such a school targetted assistance, knowing that it would be going to a worthy cause. Donations would be appreciated I’m sure and local organisers could ensure the money was well spent.

Selfless workers, like Mugabi John Socrates who not only promotes the cause of liberty at every opportunity, but also helps fledgling businesses. He took me to see his ALED offices, which doubles as a library for young people, offering books that teach sound economics and much else. I visited a tailors shop and a laundry service he endorses, with the aim of getting people into their own small businesses. Many of the University students I had met (and even the Safari tour guide) are involved with various philanthropic activities to help their fellow countrymen – from scouting activities, workshops for youth to reduce violence and crime, encouraging diversity in agriculture, helping refugees from war torn neighbouring countries, helping schools and so much more. It is truly inspiring – I would love to be able to offer them more financially with their valuable endeavours and enterprises.

All in all, it had been a very informative and rewarding first visit to Africa – not the last by any means. Once again, Language of Liberty had reached out to a developing country to spread ideas of freedom, prosperity and individual responsibility that could allow these countries to flourish – if only their governments do not interfere. I am indebted to Glenn Cripe, Andy Eyschen, Jacek Spendel for making this camp possible and of course to the great folk at Liberty International who in turn, support them. May they all flourish and continue to work to let freedom reign! 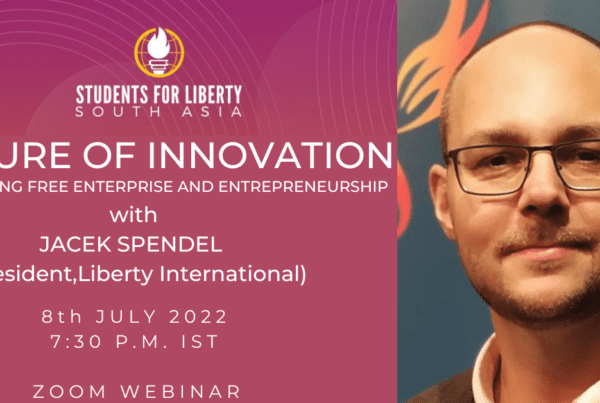