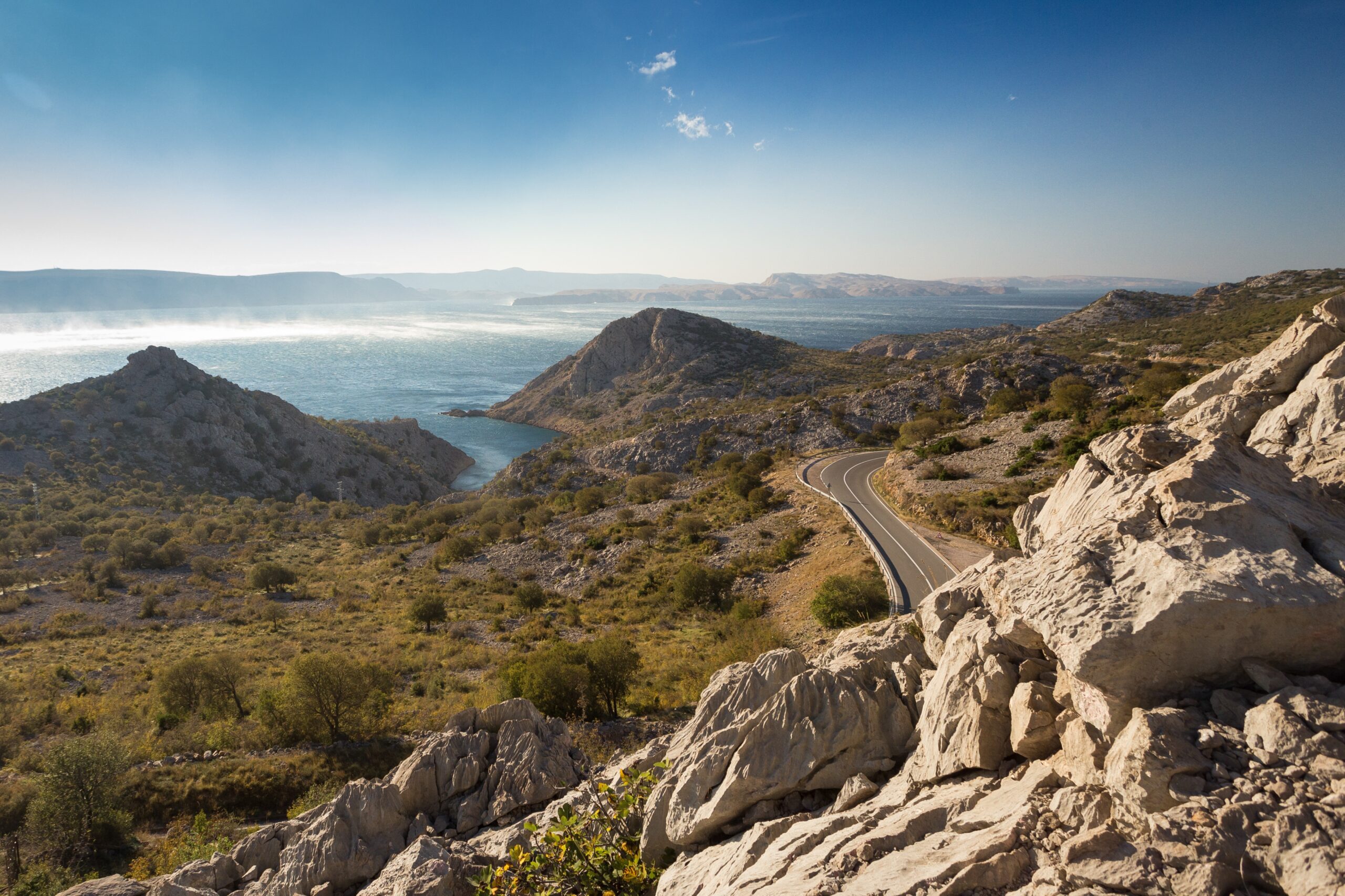 Tomislav Krsmanovic (1936) is a Serbian human rights activist and libertarian.
Joined the ISIL-International Society for Individual Liberty in 1992, in Poprad, Slovakia. Published in the Balkan languages ​​the famous book by Professor Ken Schoolland, The Adventures of Jonathan Gullible, which has been translated into over 50 languages ​​so far, and the best-selling Healing of Our World by Dr. Mary Ruwart, including Karl Hess’s Capitalist for Children, and libertarian pamphlets. In March 1999, he was honored with the prestigious ISIL Bruce Evoy Memorial Award in Copenhagen, the capital of Denmark.

As a young man, with a degree from the Faculty of Economics in Belgrade and postgraduate studies in marketing in Brussels, I found myself again in 1971 in my native Belgrade, during the time of Tito and bureaucratic socialist Yugoslavia.

How can capitalism come to life in Yugoslavia? How right Bastia was when he said: “God has put man in immeasurable resources on earth, but the State is taking it away from him.” Yugoslavia is a rich country, and there is poverty. Bernstein’s declaration of capitalism said it all, how capitalism has profoundly reborn humanity.

I knew that one day I would inevitably meet libertarians. It suddenly happened, they invited me to their Annual Convention in Poprad, Slovakia in July 1992.

At the time, Yugoslavia was raging in wars between opposing ethnic peoples, democrats and bureaucrats. At that time in 1992, Slovakia had already seceded from the Czech Republic. The fall of the Berlin Wall in 1989 reshaped the modern world. The President of the United States, Bush, pointed the Berlin wall to the leader of the Soviet Union: “Mr. Gorbachev, tear down that wall.” That is what happened.  In Poland, the ruling Communist Party voted to legalize the banned Solidarity union. Communist rule was then liberated by Hungary, Estonia, Latvia, Lithuania, Czechoslovakia, the Eurasian states seceded from the Soviet Union. The Romanian revolution was the only one in Eastern Europe that led to bloodshed that year, not counting the latter wars in ​​Yugoslavia

THERE WAS A BLOODY DISSOLUTION  OF YUGOSLAVIA, A NEW STATE WAS FORMED. Bureaucrat Slobodan Milosevic came to power in Serbia in 1990. It is estimated that he and his associates embezzled five to eleven billion dollars. The International Criminal Tribunal for the former Yugoslavia has indicted Milosevic for a number of crimes. In 2000, Milosevic conceded defeat in the elections, and the same year he was extradited to The Hague, where he died before the trial was over.

Libertarian International. in that time known as ISIL-the International Society for Individual Liberty, had its aims to spread liberty and foster a global network of young freedom champions, empowering them to become change agents in their own countries, and was in that time one of the very first liberty movement organizations to penetrate Eastern Europe, before and after the fall of Berlin Wall.

Libertarianism seemed to like in that times for me something completely unrealistic for the Balkans I joined in 1992 ISIL in Poprad, then began a happier period in my life, in a country engulfed in war, I began of translating libertarian books into local languages, opening libertarian circles, bringing libertarians from around the world to Serbia, I published famous Professor Ken Skuland’s book The Adventures of Jonathan Gullible, in Balkan languages, a primer on libertarianism for young people, which was later translated into over 50 languages. and the best seler dr Mary Ruwart “ Healing our world` Mary Ruwart, one of the liberty movement’s outstanding spokespersons, I published many libertarian pamphlets

In March 1999, in Copenhagen, in the Danish Parliament, I was honored with a very significant international recognition. ISIL Bruce Evoy Memorial Award

I realized in my personal life how the application of libertarian ideas in a war-torn country can also contribute to personal prosperity.

Famous libertarian author Ayn Rand in the 1970s foresaw later and today’s Balkanization of the planet, the wars in the Balkans, and in the world, and that local war profiteers would benefit from those wars.

Decades after her death proved that she was right with her advocacy for Reason, Ayn Rand says that there are no historical and other determinisms, but individuals who need to take their destiny into their own hands. While the American scientist Dr. Mary Ruvart takes a somewhat more nuanced position: if we want to change the world, we must first change ourselves. Mary Ruvart is right when she says: “The principle of PERSONAL RESPONSIBILITY works in both directions, on a political and personal level, research into these intertwining should actually create a new model of human existence.”

The great changes took place at the end of the 1990s and later. Social changes have occurred, accumulating invisibly for decades, to erupt with tectonic changes on the planet.

Now in my age (85) libertarianism is still my life preoccupation – fighting for freedom is fighting for yourself. I feel a strong creative energy to unite libertarian ideas. It is necessary to point to the path of salvation in these complex times. I believe that any success, however small, of libertarians is already a benefit to each person as an individual. It is making space for your own activities

From then until today, democracy and human rights collide in the Balkans and in Serbia, with the surviving bureaucratic tendencies. The recent Serbian government sometimes suffers from external criticism, but there is also praise for the progress. It wants to join the EU, develop friendly relations with the western world, do many good  things, such as building roads, opening factors, bringing in foreign investors, and encouraging young entrepreneurs.

Recently, NATO Secretary General Jens Stoltenberg, whose father was a Norwegian diplomat in Belgrade, said after a meeting with Serbian Prime Minister Aleksandar Vucic that Serbia is an exporter of stability in the region, that NATO respects Serbia’s military neutrality, and expressed regretting the innocent victims of NATO’s bombing of Yugoslavia in 1999, he recalled that the purpose and goal of NATO air operations in 1999 was to protect civilians.

As far as kovid 19, Europe, there are no server restrictions in Serbia. According to the announcements, a decision will soon be made on the introduction of the fourth dose of the Covid vaccine, and an increasing number of citizens are being vaccinated.

In my opinion, the  time of libertarians has come in the Balkans, when we have the proper ground to proclaim our principles and way of living. It is time for us libertarians in Serbia to imagine again and again, what to do in the rapid changes of the world.

Numerous individuals parade on local youtube TV every day, including true libertarians, and their number is growing. Still, Serbia is waking up. I am convinced that democracy and human rights will find the right answer and that they will adapt victoriously. It is necessary to find the right way in the new conditions, a seed which may eventually find fertile ground. The local libertarian movement in the Balkans is growing, not yet organized, but led by a subconscious desire to survive. Of course, this subconscious is still not sufficiently strong and has not been caught on with many other views. But libertarianism, as a subconscious pulse, is stronger than before. And much more numerous.

Some things we cannot change overnight. But we can spread a good message. Join those in the world who demand freedom of the media, fair judiciary, fair elections, a more balanced tax system, better education and health system,, a free market and the flow of goods and ideas, cleaner nature, to reduce state interventionism.

We have now rejuvenated LI continuing wisely ideas of previous ISIL. We meet new generations of young people. We could encourage young people to invest in the way of freedom, in themselves.