By Per Bylund Rothbard wrote in the Libertarian Forum (v. 1, p. 184) that “… libertarians, if they have any personal philosophy beyond freedom from coercion, are supposed to be at the very least individualists.” Indeed, libertarianism holds high the rights and responsibilities of the sovereign individual: the right to self and to justly acquired property and thus the right not to be coerced or arbitrarily restricted; the responsibility for one’s own actions and the moral duty to respect and honor other individuals’ rights. Yet libertarianism, or at least a relatively large subset of proponents of libertarianism, has taken a strange collectivist turn in the recent years. This is evident in a number of issues, such as free trade, where libertarians used to be in agreement in principle, albeit not necessarily in all the details or the applications of those principles. In contrast, this new turn argues from a different starting point. Rather than the individual’s rights, the starting point for this group is instead a notion of the individual’s collective belonging and identity (such as one’s country or ethnicity). There has of course never been a problem for libertarians to recognize individuals for who they are, or choose to be, and thus within their preferred social and cultural context. No man is an island, and as social beings we are embedded in a context of community, culture, and tradition. The distinction between individualist and collectivist is not either-or, but which is primary: for collectivists, the individual is subjected to the will of the collective (or, in reality, the will of its leadership); for individualists, the collective has no right of its own but is subject to the individual’s choice to associate. For obvious reasons, the analysis of any state of affairs from a collectivist point of view is different than that …

Kishore Jayabalan, Director of Istituto Acton, said Pope Francis, “Is not a fan of global capitalism. He’s been criticizing it almost from the beginning.” Mr. Jayabalan gave his talk titled, “The Future of Free Trade Under Pope Francis and Donald Trump.” The talk was given at The Foolish Things Salon, a libertarian gathering organized by Ken and Li Schoolland on Oahu. Kishore said that a backlash against the idea of global free trade has been building for a long time. Kishore said that as jobs in America have been outsourced, it’s easy for many to blame free trade, “without seeming to blame the democratic party, or the trade unions.” Mr. Jayabalan, a native of Flint Michigan, quoted Donald Trump, saying, “It used to be we built cars in Flint, Michigan, and you couldn’t drink the water in Mexico. Now we build cars in Mexico, and you can’t drink the water in Flint.” For Kishore, this statement was a perfect snapshot about how working class Americans may feel as jobs have left the country. In comparing Donald Trump and Pope Francis, Kishore said, “They have more in common than meets the eye.” Kishore pointed out that they are both leaders running against the elites, and they both seem to be generally unfriendly to global free trade. However, Kishore pointed out that global free trade is pulling the world out of poverty, and there are so many examples of this. According to Kishore, libertarians are on the right side of the global free trade debate. Kishore suggested that since world leaders are less ideological and more open to common sense arguments, “Free traders would be better off if we had to argue much more from common sense.” To listen to the full speech, listen below: 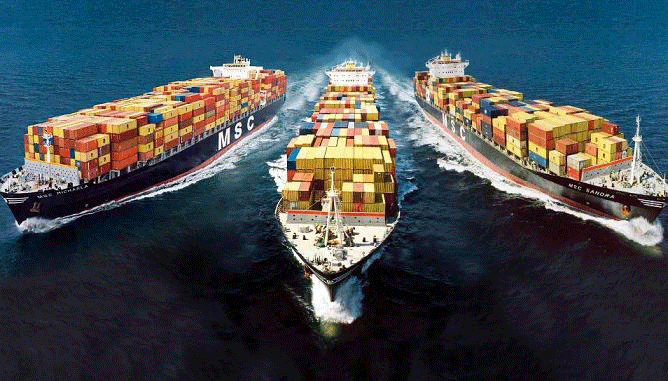 [alert style=”grey”] This article was originally published on the Grassroot Institute website, you can view the original article here. [/alert] For years now, the US has been involved in two important trade talks: the Trans-Pacific Partnership (TPP) and the Transatlantic Trade and Investment Partnership (TTIP). Both seek to provide new market access, expand existing markets, and provide regulatory transparency and consistency among European and Asia-Pacific markets. Many different industries and policies are being discussed in the TPP and TTIP negotiations. One policy that is often mentioned in such trade talks is the Jones Act, more formally known as the Merchant Marine Act of 1920. While the TPP and TTIP are unlikely to reform the Jones Act due to a strong pro-Jones Act lobby, the these trade talks remind one of the great domestic and international cost of the Jones Act and protectionism in general. The Jones Act is a protectionist policy that restricts foreign competition from domestic coastal shipping and, in doing so, keeps prices artificially high, especially in America’s non-contiguous states and territories. For goods shipped between US ports, the Jones Act requires that ships be 1) built in the US, 2) crewed largely by American citizens 3) owned largely by Americans, and 4) be registered US vessels. With up to 90% of goods transported by sea,1 protectionism in the shipping industry can have massive, widespread costs. For America alone, the Jones Act costs “at least $2.8 billion [$4.37 billion in 2014 inflation-adjusted dollars] annually and its removal would lower domestic shipping prices by 26%,”according to a 1995 report from the U.S. International Trade Commission.2 More recent research by Justin Lewis of Tulane University has shown that “a full repeal of the Jones Act would yield economic benefits of up to $682 million per year” with domestic coastal shipping “approximately 61% …

Twenty years ago today the North American Free Trade Agreement was put in to action. Ideally “the world’s largest free trade area” should be reason to celebrate——finally a large scale example of free trade in the real world!——but unfortunately there’s less to celebrate than one might hope. From the photo of the North American Free Trade Agreement binder one can see that it was not a simple deal. Thousands of pages and sections by battling lawyers filled this tome spelling out all the details and conditions of controlled trade opening. Each paragraph, sentence, and word was worth thousands, if not millions, of dollars of lobbying to shape this agreement. Time and again libertarians need to stress that free trade is something to be declared, not negotiated. Hong Kong derived success by simply declaring unilateral free trade. It didn’t matter whether other nations reciprocated or not. Consider Frederic Bastiat’s great scenario, the city downstream versus the city upstream. If one way trade barriers were some kind of advantage, then cities upstream and on mountaintops would have prospered and the nations downstream nearest the ocean would have languished because of all that “easy access.” The reality of life is just the opposite. The natural flow of a river gives ease of commerce for those downstream and “protective” obstacles upstream and on mountaintops that cripple their enterprise. Nations of the world would be better off by declaring unilateral free trade, but the powerful special interest lobbies of politicians stand in the way. NAFTA was filled with these obstacles, as boulders on the road, but one has to conclude that the trend of gradual reduction of barriers has been in the direction of more openness. This has been much to the benefit and general prosperity of the people of North America.