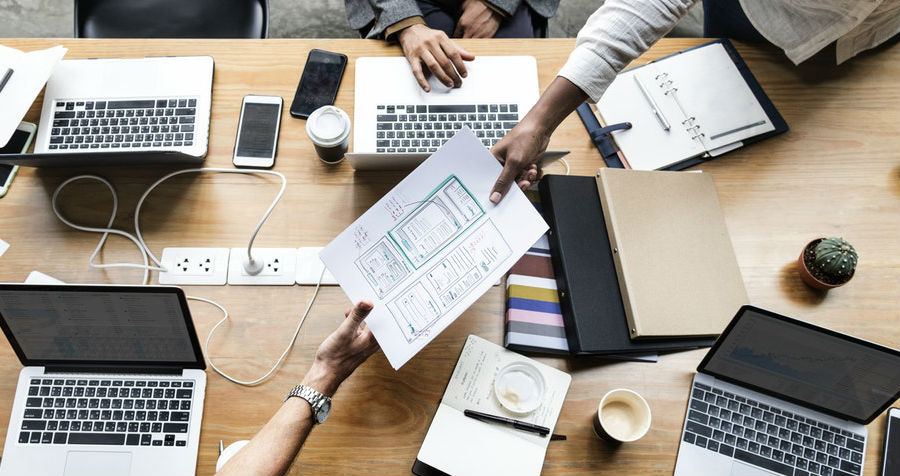 Jobs For Everyone, Without Minimum Wage Laws 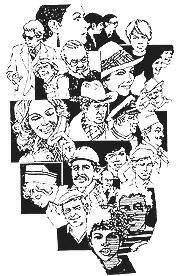 Some years ago, on a ferry crossing Hong Kong’s harbor (before the communist takeover), I struck up a conversation with a black musician from Seattle, who told me how much he preferred Hong Kong to the States. What impressed him most about Hong Kong was that “everybody has a job!” Each time he repeated this comment his eyes would almost caress the Hong Kong skyline. He spoke as if a place where everyone has a job was alien to his experience, as if he thought of Hong Kong as a fantasy land, a place that simply could not exist on Earth. Back home, he told me, unemployment, especially for blacks, is high.
He was also puzzled at the widespread influence of the United States here, and the evident esteem in which his country was held when his personal experiences were quite at variance to this image. Something he definitely did not miss, he said, was his treatment by the Seattle police. Back home, most blacks were poor and therefore, treated badly by the police. Those who appeared to have money weren’t much better off. The police assumed they were drug dealers, and treated them badly too. This man’s sense of despair when discussing his life in Seattle led me to reflect that one reason people turn to drugs is the hopelessness engendered by the impossibility of finding a job. And that happens whenever minimum wage laws bar the unskilled from ever finding a job.
A minimum-wage law is simply a form of price control: it prevents anyone from selling his labor below a certain price. Whenever a minimum price is established, some portion of the good or service involved will not find a buyer. Just as the European Community’s establishment of a minimum price for butter has resulted in a huge surplus (the “mountain of butter” that the EC buys from its dairy farmers), the establishment of a minimum wage inevitably creates a surplus of labor, called “unemployment.”
Politicians and some economists claim that a minimum wage raises wages for all workers at the lower end of the pay scale, but all the evidence is to the contrary. Every country with minimum-wage laws also has high and persistent levels of unemployment. Only in countries with no minimum-wage laws is there little or no unemployment. The reason is simple: an employer will only offer someone a job when the value of his work exceeds the amount of his salary. When a minimum wage is set at, say, $4 an hour, only those people whose value to a company is greater than $4 an hour will find employment.
The Security of the Free Market

But without minimum wage laws wouldn’t the workers be “exploited”? Wouldn’t they be at the employers’ mercy? Not necessarily. In fact, when there are no minimum-wage laws, employees actually have far greater job security – a security provided by the market. This was demonstrated by the job market in Hong Kong, where there were no minimum wage laws and where “everybody has a job.”
Many years ago I employed a girl named May as a messenger and “gofer.” This was her first job: she was 16 years old, she had finished just four years of high school, her English was poor, she had no job skills of any kind, and she could not type, keep books, or anything else that might be demanded in a business. Indeed, she only had one qualification: she was eager to work.
She was hired to deliver messages, open the mail, make coffee, lick stamps, put things in envelopes, go to the post office, and do other menial tasks of this kind. I paid her the princely amount of HK$800 per month, (about US$170 at the time – or 95¢ per hour).

The Best Kind of Training

By the time she’d been working with me for 12 months, her salary had doubled to HK$1,600 a month. Why? Because in that 12 months she’d learned many job-specific skills that made her far more valuable to the company than when she was fresh from high school. She was now keeping some records, typing labels, managing the petty cash, and other things she was unable to do before. Alone, none of these specific skills are of great significance. Taken together, her 12 months’ “on-the-job training” had given her an education that she could receive nowhere else.
She also learned other things in that year: how to look after herself, how to manage her own time and money. She was also able to reward herself with things that only money can buy. In a word, she was learning independence – she was becoming self-sufficient in the real world. She learned a lesson the reverse of what she would have received on welfare, which reinforces the dependence experienced as a child and teenager.

By denying unskilled teenagers the opportunity to work at their market value, however low, minimum-wage laws interrupt the essential developmental process of gradually gaining independence from one’s parents – and inevitably some people remain “stuck” in the child/teenager state for the rest of their lives, with devastating social consequences.
If there had been a minimum wage set at say, HK$1,600 a month, there would have been no job for May in my company. May might never have received that one year of on-the-job experience she needed to learn the skills with which she could command that minimum wage of $1,600 per month. Instead, twelve months out of school, May could have still been unemployed and, worse, despairing of ever finding employment.
Perhaps she dropped out of school because her parents could not afford to keep her any longer, as is often the case. For these people, no other form of training is affordable. A minimum-wage law would have not only denied her a job at her market value, but denied her the opportunity to rise above it as well. Instead of being rewarded for her eagerness to work and so increasing her market value by learning new skills, she could have been consigned like so many poor Americans to a life of never-ending, soul-destroying unemployment, the psychological experience of being told by society that you have no value, that you are worthless.
One government intervention entails another. In countries with minimum-wage laws, governments often try to alleviate the resultant unemployment with all manner of training schemes. Such schemes have serious drawbacks, aside from increasing the tax burden on those in employment. Most importantly, they can never replace the experience of simply having a job, however menial that job may be. Part of the experience of your first few jobs is discovering what’s possible, and what kind of things you’d like to do, things you can only find out in the real world, never in a classroom.
In Hong Kong most employees took night classes of one kind or another; and from these courses they learned things that would increase their market value in their current employment, or prepare them for their next. When you are paying for your own education, your motivation is far higher, and you choose things relevant to what you need or want. Being employed enhances that ability.
An argument often used in support of minimum-wage legislation is that wages under the selected level are “too low,” “below the poverty line,” or in some other sense thought to be dehumanizing.
But the overwhelming majority of people who would be employed below any minimum wage level are people like May, who quickly graduated from her low pay. The turnover of workers at that wage level (in a free labor market) is very high. There is a very big difference between someone who is working for the first time – who is probably living with his or her parents, and whose income, however low, is almost entirely available for discretionary spending – and the “average” worker who has to support 2.2 (or is it 2.3?) children. A wage that would certainly spell poverty to this “average” worker spells luxury to someone in May’s position.
You might ask, why did I increase May’s salary so that within 12 months it had doubled? I can assure you it was certainly not out of the goodness of my heart, though I do consider myself to be a good employer. The reason was very simple: having discovered her increased worth, May was now in a position to seek another job at a higher salary if I did not raise hers.
This brings me to an amazing feature of the pre-communist Hong Kong labor market, and of any labor market where there are no restrictions on the employment of labor: employees know their own worth – their market value – and if you don’t pay them what they are worth, they will find someone who will.

There’s Security In Knowning Your Own Worth

A free labor market provides workers with far more job security than any government-devised scheme. In Hong Kong, where “everybody had a job,” every worker knew he could find an alternative job within a few weeks. And how do workers know what they are worth? They read the classified ads in the newspapers.
It used to worry me that the classified section of the newspaper appeared to be the most popular reading material in my office – until I realized that my staff was not planning to resign en masse; they were merely checking their market value and keeping themselves aware of the alternatives available. In a free labor market, each employee is responsible for his or her own welfare. The alternative to union – or government – “guaranteed” job security is knowledge of one’s value in the marketplace, and that knowledge is freely and continually available from newspaper classifieds, employment agencies, and discussions with friends and associates, where the state of the job market is a continual topic of interest. And conversely, employers must also read the classifieds to be sure the wages they are paying are in line with the market – otherwise they will lose their employees. The employer who fails to fill a vacant position has no alternative but to increase his offer to win over the potential employee.
For some people, other considerations are as important as wages, or even more important, such as congenial working conditions, special benefits, or security. A free labor market presents a smorgasbord of possibilities, where government, by keeping out of the way, enables each consenting adult to creatively and imaginatively achieve his or her own potential.
It is no coincidence that countries with free labor markets have far higher rates of economic growth than the US or Europe. Slower economic growth is the inevitable price of government intervention. Minimum-wage laws are a prime example of such destructive interference.
© 1991 by Praxis Ltd. Condensed from an article by Mark Tier in the February 1991 issue of World Money Analyst.
******************************************
Mark Tier is a founder of the original libertarian movement in Australia and is currently a Hong Kong-based financial analyst. He has a website, The Investor’s Edge