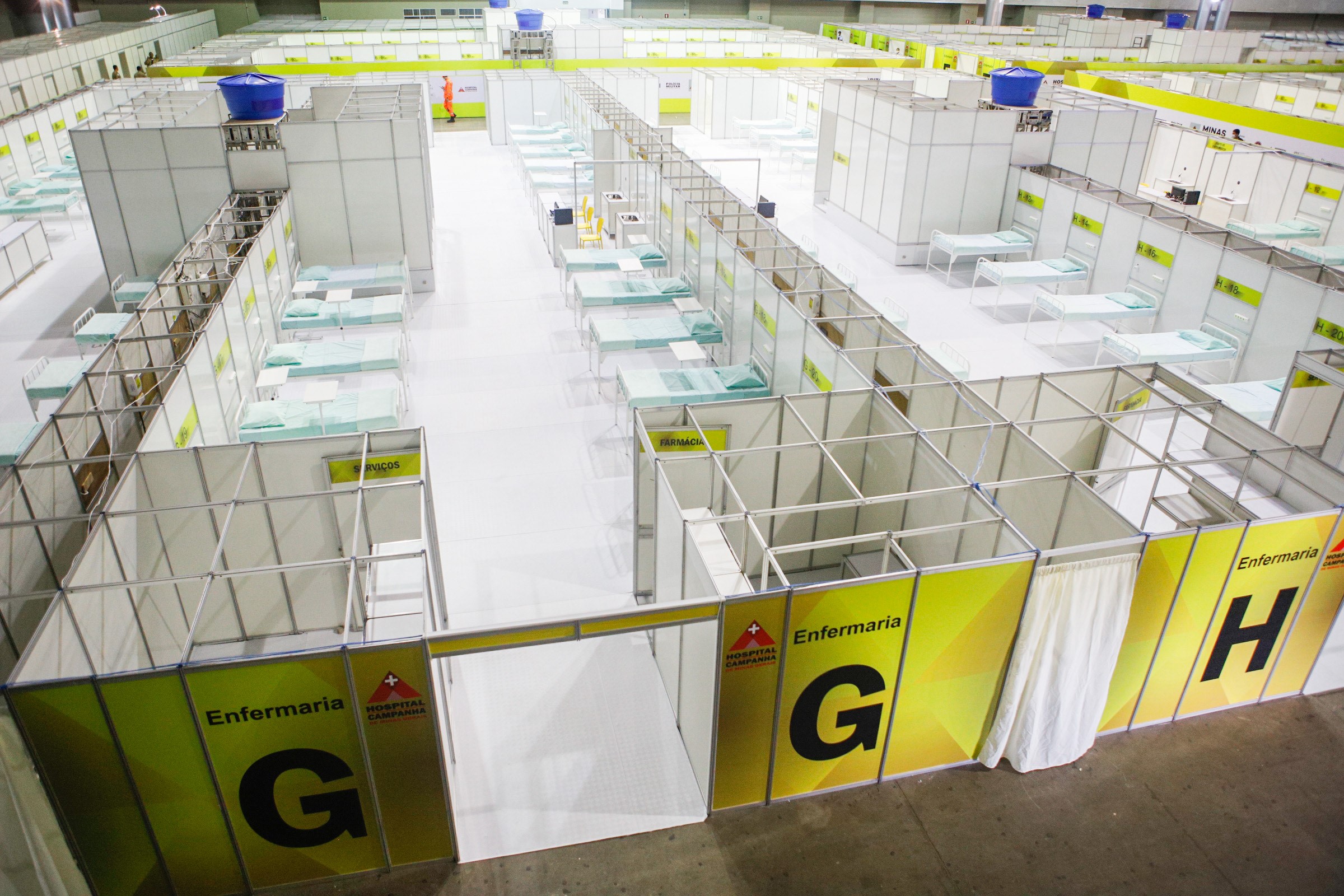 Corona Virus in Brazil: Is Freedom under threat?

Brazil is facing three crises: the sanitary crisis, with the coronavirus pandemic, the economic crisis, that has worsened at this new scenario, and the political crisis, as the government fails to deliver its campaign promises, the fight against corruption and the liberal reforms. In between of what can only be described as a combo of failures, there are those who insist that we have come to the end of liberalism. I argue that this is not true.

Since the pandemic started, I’ve listened to a lot of people arguing that only a big and strong State would be able to set an end to this crisis. Specifically, I heard people lauding the universal healthcare system promoted by the Federal Government. Let’s not be carried away by fairy tales. If the focus of the Federal Government was to ensure a quality health system instead of trying to provide the service by itself, we would be at this moment paying for high standards hospital beds from the private sector for those who have no means to afford private health insurance. If we didn’t have to pay medics, equipment, stock and distribution logistics, we could build more partnerships like the one Romeu Zema, Minas Gerais governor, made with Mater Dei Betim, a private hospital. It ensured more ICU beds for those who truly need them.

Another positive example coming from Minas Gerais was the ventilators purchase for a quarter of the price. It wasn’t the Health’s Secretary who bought it, but the mining company Samarco, to pay off part of the debts it had with the state after the disaster at Mariana. The case is evidence that it is much more efficient to buy ventilators at market price instead of bidding price. At the end, what truly matters? The defense of a state model or the delivery of better services and products to the citizens?

Truth is that the private sector always has better and cheaper solutions, even when the problem is an epidemiological crisis. The alcohol gel case is a good example: the unexpected high demand for the product resulted in the scarcity of it on both supermarket shelves and hospitals. One of the main causes for such scarcity was the excess of bureaucracy that made the production of alcohol gel by medium sized factories impossible. Thanks to a fast reaction of the NOVO party, the Anvisa was called and the impasses eliminated. Enterprises with products in less demand redirected their factories for the production of alcohol gel. Imagine if we had waited for the foundation of another public factory.

When we talk about an economic crisis, it is even clearer that the answer is liberalism. If we had a Fiscally Responsible government for the past years, we would have enough money to supply the demands that this crisis has brought. It wouldn’t be necessary either to expand the national debt or to print money, nor to raise taxes.

In a liberal world, less labor costs and no unnecessary regulations would result in more jobs and income for the population during the crisis. A good example of this is the halt of some regulations over telemedicine. This came also as an effort of the NOVO party at the national congress, which managed to temporarily make this activity legal, preventing patients from exposing themselves to the risk of infection at hospitals and ensuring that this market does not stop. Finally, it’s important to remember that the emergencial income, that is like a “Coronavoucher”, is a liberal response to the crisis: money delivered to the hands of the ones who truly need it being used freely by each family.

Also, we ought to remember that the political crisis could have been avoided if we had a truly liberal government. As a start, privatizations and big structural reforms, as the administrative and tributary reforms, wouldn’t be so far from our reality. The more technical ministers, such as Paulo Guedes, wouldn’t have their position at stake. The rigging of public institutions such as the Brazilian Federal Police, for the benefit of the President and his family, wouldn’t even be on suspicion.

There are those who ask how the Brazilian liberals stand in the middle of this political crisis, and I take the responsibility to answer. We remain convict and independent, as we have been since the start of this government. There is no possibility for us to support postures and attitudes that go against individual freedom and support corruption or that go against technical based decisions. We will not be accountable for it, because none of these behaviours reflect true liberal values.

We, liberty defenders, will get out of this crisis strengthened if we manage to overcome the communication problems that are often imposed on us. We can do this by showing concrete examples of how free markets and environments of freedom can bring coherent responses to many problems, including those of global crises.

Marcela Trópia is a specialist in Public Policy and Government Administration, graduated from João Pinheiro Foundation, and master in Leadership and Public Management, by the Center for Public Leadership. She is affiliated to the NOVO Party, the most relevant liberal party in Brazil today. She coordinated the successful electoral campaign of Federal Deputy Tiago Mitraud (NOVO) and currently works as Political Coordinator of State Deputy Guilherme da Cunha (NOVO). Advocates for full freedom and women in leadership positions. In 2020, she plans to be a candidate for the city council.