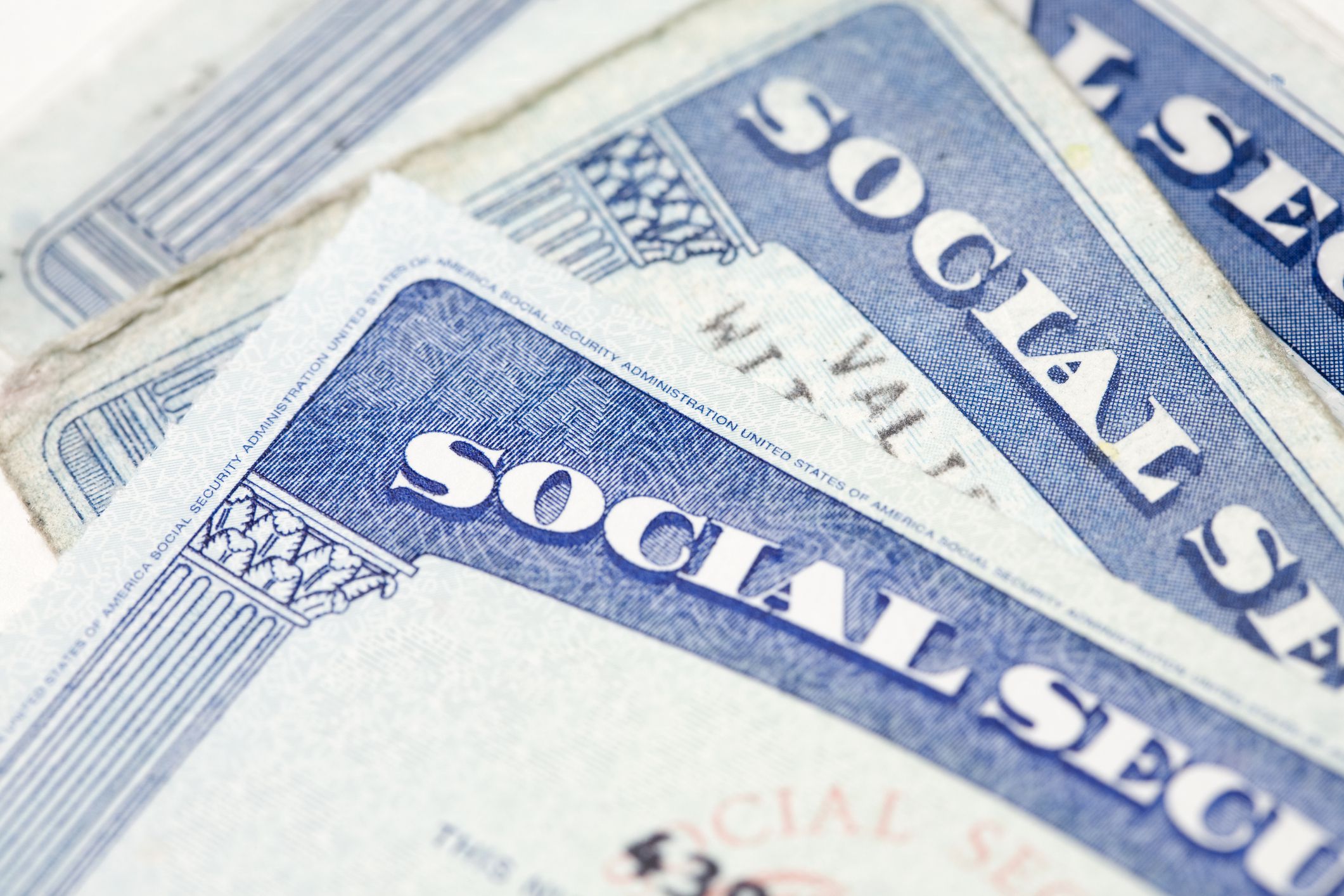 Why the System is Bankrupt – and How We Can Replace It

“If the US government were required to keep its books the way businesses are required to keep theirs, the national debt wouldn’t be $5 trillion. It would be $17 trillion, an amount equal to 2½ times the nation’s gross domestic product.”
Forbes, “The Legal Ponzi Scheme,” October 9, 1995

Discussions of Social Security remind me of the joke about a man who jumps from the top of a fifty-story building and after falling half-way is asked, “How are you doing?” He answers, “Fine, so far.” The issue of Social Security has long been considered the “third rail” of politics – as on the electrified subway: “touch it and you die.” But like the falling man, Social Security is not really “fine.”
There are many reasons for the popularity of Social Security. It is the only part of the welfare state which promises benefits to nearly every person. It is also seen to relieve adult children of the responsibility of supporting their elderly parents, and it helps the elderly poor for whom there is a great deal of sympathy.
There is only one problem: the system is a fraud. In theory, Social Security is a form of “insurance.” In practice, it is a “Ponzi scheme.” Historian Mark Knutson, writes that in the summer of 1920, [Charles K.] Ponzi claimed he was giving investors just a portion of the 400% profit he was earning through trade in postal reply coupons. As Ponzi paid the matured notes held by early investors, word of enormous profits spread through the community, whipping greedy and credulous investors into a frenzy. Investigation later revealed that there were no coupons or profits – earlier notes were paid at maturity from the proceeds of later ones. The simplicity and grand scale of his scheme linked Ponzi’s name with a particular form of fraud.
This type of fraud is called a pyramid scheme. To pay off earlier “investors” in such a scheme, an ever larger number of participants must to be added.
In the early 1970s, a federal law known as ERISA (Employment Retirement Income Security Act) was passed after it was found that many corporate pension plans were paying current beneficiaries directly from current contributor’s funds. When income declined, the corporate pension plans were terminated – just like the late investors in Ponzi’s scheme. (The whole idea that businesses should handle employee savings due to federal tax preferences helped create this problem in the first place.) Under ERISA, any employer who failed to fully fund its pension plan could be held criminally liable.
Charles Ponzi went to prison. But the politicians who run Social Security are not held liable for what is normally considered criminal behavior.

Many Americans believe that Social Security is an integral part of our free enterprise system, but it is neither American nor free enterprise. The original Social Security system was created by the Prussian/German leader Otto von Bismarck in 1883. Bismarck was looking for a way to win the support of the working people, who were unhappy with the high taxes needed to support the large German military and the high prices created by the government-protected industrial cartels.
He wanted to find a way to con people into believing that they were going to get something from the state, without its actually having to deliver. He asked an actuary how long most people could be expected to live. The answer was 65 years. Bismarck then set the age of eligibility for his social security system at 65, knowing full well that most of the people would have died before they received a dime from the system. In spite of this, the system was wildly popular.
The Prussian concept of Social Security was an authoritarian one – based on the false premise that people are incompetent to look after their own affairs and need a paternalistic socialist state to force them to provide for their own retirement.
In the US during the 1930s, President Franklin D. Roosevelt was looking for a way to gain the support of the working people who were unhappy with the continuing Great Depression and the high taxes needed to support his New Deal programs. So the Social Security program was created in 1935 (just in time for the 1936 elections).

Republican and Democrat politicians tell us that the money each employee “contributes” to Social Security goes into a “trust fund.” The money from this fund is “invested” in federal government bonds. Upon retirement, the “reserve” made up of “contributions” and the interest on the bonds would be used to pay benefits to the retiree.
From the beginning, in spite of the claims that it was an old-age insurance program, Social Security paid its benefits from current cash flow, rather than paying benefits out of interest accrued on a reserve fund as a private pension plan would do. As Social Security taxes were paid into the system, the funds were immediately doled out to beneficiaries. As more taxpayers retired, they would be paid from the money taken from younger taxpayers – just like Ponzi’s investors.
There are other structural flaws with this system. First of all, people began to live longer. Whereas in 1883 most people died by the age of 65, by the late 20th Century people were living an average of a decade longer. This meant a huge increase in potential beneficiaries. When the Social Security program began in 1935, there were 16 contributors for every retiree, but a decline in the birth rate paralleling the increase in longevity has dropped the ratio of workers to retirees to only 3 to 1 in the 1990s.
But that is only the tip of the iceberg. Once the Baby Boomers (born 1946-1964) start retiring, the ratio will shrink even more. Estimates are that there will be only two workers for every retiree by the year 2025. Social Security taxes alone will have to exceed 22% of each worker’s income by that point. (Plus a compulsory matching amount paid by employers).

Preserve The System: Ruin The People

Typical proposals to “reform” Social Security have been built around increasing taxes. The 1983 Social Security tax increase was supposed to create a reserve fund of $10 trillion by the year 2030. However, since 1967 Congress has been raiding up to $70 billion each year from the Social Security fund to hide part of their massive deficit spending. Thus the Social Security trust fund is filled with IOUs in the form of Treasury Bonds. The interest on these bonds must be paid by you, the taxpayer.
The typical alternative “reform” is to renounce promised benefits by implementing a series of major benefits cuts and raising the age of eligibility. Many people have come to expect this solution. Indeed, one public opinion poll found only 8% of Americans under age 30 believe they will get anything out Social Security. Even defenders of the status quo admit that benefits will have to be reduced.
Recently, proposals have emerged in Congress to partially “privatize” Social Security. But with rare exceptions, none of these proposals address the problems of the $12 trillion in unfunded liability or the high risks involved in transferring control of one’s retirement savings into the hands of politicians.
The promises made by politicians are simply a fraud. Few people will ever get what they’ve been promised from Social Security.

In the mid-1980s, Chile had an even worse problem than the US. Yet according to Rita Koslka in her article “A Better Way to Do It,” published in the October 28, 1991 issue of Forbes:
Replacing the old system, then Minister of Labor José Piñera put in a plan that requires each of the country’s 4.8 million workers to put 10% of his pre-tax income into a private pension fund of his own choosing; there are no employer contributions. There are 13 plans to choose from, and workers can switch their funds between plans to get the best returns at the lowest cost.
In Chile, at age 65 for a man (60 for a woman) the worker takes the accumulated savings and either buys an annuity or organizes an individual payout schedule. He can retire earlier if he has enough money in his pension fund. To protect worker’s savings, most funds are invested in securities automatically indexed for inflation.
The benefits to the individual worker of this policy have far exceeded expectations.
The original plans for the Chilean program anticipated an annual return of about 5.5%. A retiree with 40 years in the fund at that rate, would receive 70% of the average of the last five years of his or her salary. With a return of 6.5% the payout would be 100% of that rate.
It turns out that the average rate of return has actually been in the neighborhood of 13%, which has induced many workers to contribute far more than the required minimum amounts. This has not only made it possible for people to retire in comfort, but has provided funds for a major economic expansion.
Because the money that goes into these private pension funds is invested in production, a great supply of investment capital was made available to businesses and entrepreneurs at relatively low interest rates. With capital available, production increased many-fold and a huge new labor market has been created. There was also a major stock market boom (helped by new funds and new freer market policies). These private funds now constitute the equivalent of one third of Chile’s gross national product.
In 1992 alone, Chile’s economy, measured by its Gross Domestic Product, grew by 9.7%. That is nearly 4 times the rate of growth in the US for that same year. Inflation and unemployment in Chile have been declining steadily and rapidly during the same time period.
In fact, so much investment capital is now available that Chilean investors have been able to invest in neighboring countries.
The program has in fact proved so successful that Argentina has adopted a similar system. Delegations from Mexico, Venezuela and Poland have visited Chile to study how this approach can be used in their countries.
According to Augusto Iglesias, chief economist for the Chilean pension fund, Habitat, the Chilean Social Security system “is based on very simple and reasonable principles: that people care about their money, and that putting it in private hands is more efficient than with the government”.
The Chilean program goes beyond replacing a government pension system with a private system. It also eliminates the domination of retirement programs by corporate pension plans, since workers now control their own funds.
Chilean Minister of Labor José Piñera summed it up by saying, “It is a common-sense system that is more easily understood by the average Chilean mother than by social security experts.” However, the Chilean system is not perfect. The program is compulsory and there are limitations on investment choices.

At some point people must realize the futility of trying to save the current bankrupt Social Security system.
More tinkering with the status quo won’t help – Social Security is both financially and morally bankrupt – and soon this Ponzi scheme will collapse.
Completely ending Social Security and returning total control over retirement savings to individual workers will end the fraud and provide opportunities for them to earn a decent rate of return on their own hard-earned money. Moreover, it will protect their savings from rapacious politicians and ensure that their money is used productively rather than to disguise federal deficits. Reforms in places such as Chile suggest that the overall benefits to the economy could be substantial if government is removed from the equation.
Unfortunately, like the falling man, it is hard for most people to realize that things are not “fine” – until they hit the pavement. The sooner we end Social Security, the better for everyone concerned.

George L. O’Brien is a prolific libertarian writer, policy analyst, lecturer and political strategist. This pamphlet was originally published in 1994 and revised in August 1998. It is part of ISIL‘s educational pamphlet series. Click here for the full index of pamphlets online.