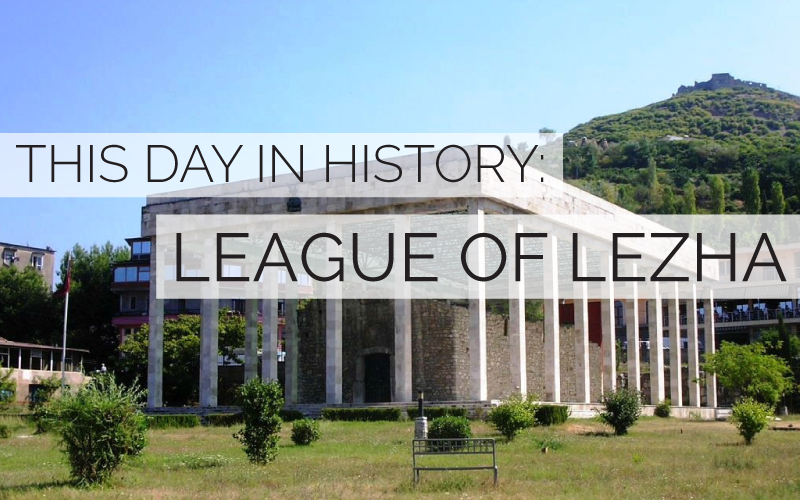 Over the centuries, Albania has always been a freedom-loving country. Despite its small size, it has played a crucial role in preserving individuality, defending its freedom and also that of neighbouring countries.

It wasn’t always so. In 1355, when Serbian Emperor Stefan Duscan died, Albania was thrown into chaos. Feuding noblemen established their own dominions. When Ottoman forces entered Albania, they were faced with small principalities that were engaged in vicious fights among themselves.

Consequently, in the 15th century, the Ottoman Empire established itself in the Balkans with little resistance. Local Christian nobles were still fighting amongst themselves and didn’t see the advance of the Ottoman Empire as a threat to their power. Instead of seizing the opportunity to repel the Ottomans, some Serbs and Hungarians even helped the future Sultan Mohammed I seize power.

Freedom for the Albanian people came through the military leader, Skanderbeg. Born in 1405 to the noble Kastrioti family, in a village in Dibra, Skanderberg was taken hostage by the Sultan at the age of 18 and served the Ottoman Empire for the next twenty years. He deserted in 1443 with 300 other Albanians. They captured Kruja and declared its independence from the Sultan.

On this day in history, March 2, 1444, Skanderbeg called the Albanian princes to Lezha to unite the country. Skanderbeg’s example gave impetus to the liberation movements in Central and Northern Albania. In spite of the discord among the princes, they founded a federation of independent rulers, which went down in history by the name of the League of Lezha. The League followed a common foreign policy, jointly defended their independence, and contributed their armed forces to the alliance. At the same time, each clan kept its possessions and exercised its autonomy in solving internal problems, keeping Albanians free.

For the next 25 years, Skanderbeg’s 10,000 man army marched through Ottoman territory defeating the larger and better supplied Ottoman forces. Threatened by Ottoman advances in their homeland, Hungary, and later Naples and Venice – former enemies of Albania– provided financial support for Skanderbeg’s army. The Albanian resistance and bravery saved the other neighboring countries from further advances of the Turks.

Skanderbeg’s death in 1468 was a major blow. Without his military leadership, the sultan took over Albania once again. To this day, Skanderbeg is an Albanian national hero, who showed his country the power of freedom. Today, Albanians honor their history by celebrating the birth of the League on March 2.

Experience the history for yourself this summer at the

Or check out what you can see on the
post-conference tours.