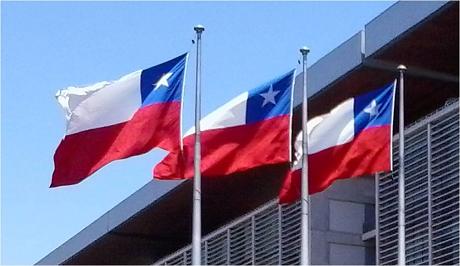 According to Transparency International´s Corruption Perceptions Index Chile ranks as one of the least corrupt countries in the world, ahead of the likes of Austria and France and similar to the United States and Ireland. The World Bank’s governance indicators suggest corruption in 2013 was under better control in Chile than in the U.S. and neared that of the United Kingdom and Canada. Quite the achievement on a continent whose governments are not exactly known for their incorruptible politicians, which Chileans have consistent free-market policies to thank for.
However, a major political scandal that broke last week represents a blow to the country’s status. Known as Pentagate, the campaign finance scandal currently making headlines in Chile allegedly involved dozens of politicians from across the political spectrum, although the majority are said to be members of the Independent Democratic Union (UDI) party. Some of the more prominent individuals being investigated include former Finance Minister Andrés Velasco, who served one term under current president Michelle Bachelet during her first four years in office, officials of the previous Sebastián Piñera administration, as well as several former presidential candidates.
The privatization of state corporations after the fall of the Pinochet military dictatorship in 1989 gave birth to the Penta Group. Formerly known as the Instituto de Seguros del Estado the insurance company was acquired by two investors – Carlos Alberto Délano y Carlos Eugenio Lavín – who incidentally both used to work for the government during the regime. The former is known as a big political donor and a friend of former president Piñera, while the latter tends to keep a lower profile. Last August their holding company came under investigation by Chilean authorities for tax fraud, which besides several arrests lead to the laying off of the Group’s director. And while many a libertarian may not raise any moral objections to these sorts of practices, it now seems the increased scrutiny of the Carlos duo has brought other, more reprehensible facts to light.
While the revelations may have shocked some Chileans, for proponents of the free market there is arguably a very bright side to the story. After all, what better libertarian arrows could one possibly wish to have in his quiver than this sort of widespread political scandal? Besides, if this is what is happening in a country whose government is regarded across the continent as the most effective and efficient, just imagine what is going on in all those other countries!
Admittedly some on the left will seize the opportunity to espouse the supposed virtues of enterprises run by selfless bureaucrats as opposed to those greedy capitalists only out to make a buck. Yet this argument is easily refuted; since few people are in favor of a completely centralized economy all they need to be convinced of is that interventionism invariably leads an economy down that very path – two prominent and current examples being Venezuela and Argentina.
The better alternative, then, is to start from the premise that a government big enough to “regulate” an industry is a government big enough to award the well-connected within that industry special favors. It should be concluded that privatizing some industries is not sufficient to achieve a free society. So long as government is allowed to drive the economic bus, it will always determine who gets to sit in the front and who is relegated to the back – before ultimately driving over a cliff.