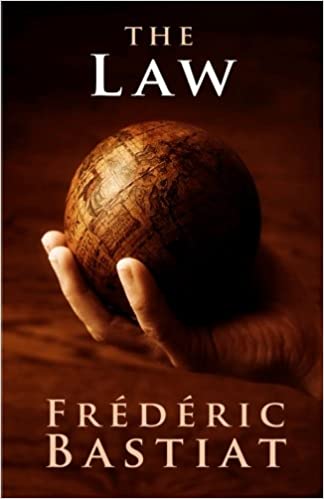 Law Perversion: A Review of Frederick Bastiat’s Essay, “The Law”

By libadmin February 8, 2021 No Comments

First published in 1850, Federick Bastiat’s “The law” retains its relevance as if the publication was just for the 21st-century readers. The essay begins with what would be the main (and sufficient to say only) problem the author was trying to address, and why it needs to be addressed.

“The Law perverted,” the French journalist and economist writes. To curtail evil acts, the government needs law, but what happened during Bastiat’s time shows the law perpetuating the very act it’s meant to curtail—evil.

The essay introduces us to some exclusive terms that give clear pictures of the extent of law perversion. Fraternity is boldly distinguished from the union. While the union is understandable to be an organization of voluntary individuals who proposes no regulation to hurt neither its members nor other members of the public, fraternity is such an association that imposes alignment, proposes rules mar with compulsion, and gains for its members wealth at the expense of other members of the public.

Then we have “legal plunder.” Plunder is prohibited and often punished under the law, but law—legal plunder—shield some group of plunderers from prosecution. Few or no country is free from what Bastiat called Legal Plunder. In defining the term, Bastiat says, “see whether the law takes from some persons that which belong to them, to give to others that which does not belong to them.” The compulsory taxation system and government redistribution of wealth that reward idleness at the expense of the hardworking citizens has not over the years diminish poverty from earth. In fact, the result of false government philanthropy has made only the officials richer and the poor poorer.

The essay illuminates the readers with an understanding of what law, an instrument of force and coercion, could turn out to be. He states two ideas that cannot coexist to form a law. In essence, while legislating a law, justice and philanthropy cannot be merged to be the purpose of forming that law. Why? Because “the second part will destroy the first.”

Perversion of law can be traced to the selfishness of the citizens who call on the government to “do something” even for a mere meager problem that could be better solved by civil societies. To some extent, private individuals often ask the government for legislation against the act of a neighbor he abhors, and big business tycoons know how to find their ways to influence government policies in their favor. This triggers the politicians in power to favor their cronies even when the poor citizens suffer.

The consequences of overregulation are explicit in the arbitrary use of lethal force against the citizens by the armed forces. A full-blown police state has become a popular trend not to fight crimes but commit them. Those saddled with the responsibility of lives are those who violently take it. New laws empower the government agencies over the citizens, and find justification therein for their exploitation. The truth, laws—over-legislation and police state—have resulted in nothing but destitution and death.

Contemporary legislation, just like Bastiat’s days, is perverted because it is more philanthropic than justice, and focus on satisfying the majority against the minority. Meanwhile, philanthropy is an element that can only attribute to a person acting voluntarily, not an abstract carrying a legal force. When asked what law should be, with no hesitation Bastiat responded, “Law is common force organized to prevent injustice; in short, law is justice.”

“The Law” is unique not only for its everlasting taste of time but also for anyone who wants to know why the world is full of corporate criminals despite government’s over-regulation, reading the essay would always seem as though written a night before.

Abdullah Tijani is a Free Market Revolution Fellow at Global Campaign Fellowship and National Coordinator at Students For Liberty.