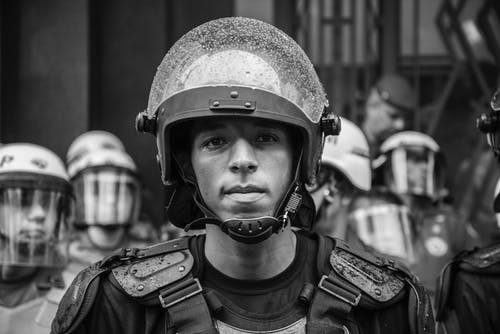 Police reform has turned the attention of many academics and non-academics, especially in the past year, to debate about the problem of whether police brutality and systemic racism are a generalized phenomenon in the police system or not. The event that raised such controversy can be tracked down to May 2020, when a black man named George Floyd was killed unjustly by a police officer, raising rage and discomfort among many citizens. However, discussing this topic has become delicate because the problems have been oversimplified. The arguments have narrowed into choosing between favoring police reform, and therefore, being against violence and racism or opposing police reform, and not being against violence and racism. But viewing the problem this way implies a false dilemma, obscuring other factors relevant to understand the problem, such as poverty, safety in the neighbors, and opportunities to avoid committing crimes.

Unfortunately, with these oversimplifications, the discussion is unfolding. Supporters argue that police reform is necessary because police officers target minorities, especially black people, showing an inherently racist system. On the other hand, opponents of police reform state that there is no such thing as systemic racisms because police apply force under circumstances that require it, ensuring the protection of citizens and maintaining crime moderately under control. We maintain that these arguments have to be assessed carefully since ill-formed ways to perceive our world may shape, incorrectly, the way we think.

Police reform comes as a more compelling way to prevent crime because it proposes a more humane approach, the article “Police Brutality and Reform: Does Policing in the United States Need to Fundamentally Change?” mentions. The article continues to say that reducing police enforcers would allow money to flow to “government programs and social services.” Annie Lowry, from the Atlantic, in her article “Defund the Police,” claims something similar. She says, “[Police reform] would also mean funding housing-first programs, creating subsidized jobs for the formerly incarcerated and expanding initiatives to have mental-health professionals and social workers respond to emergency calls.” However, before validating police reform as a viable solution, the premise that police brutality is a widespread phenomenon in the United States has to hold. The supporting arguments point out that black men and Latinos are more likely to be targeted by police officers, so they are more likely to suffer from police brutality. As alarming as this sounds, the data does not support such claims. According to the database, Mapping Police Violence statistics of the states with the highest police killings, from 2013 to 2020, show the opposite. The state of California shows 204 black persons versus 368 white persons killed. In Florida, 195 black people were killed but 268 white people, and even in Minnesota, the state where George Floyd died, there are 20 black persons but 55 white men killed. The specific circumstances of these cases might show that some police officers tend to act more violently towards some groups, but generally, systemic racism does not seem to be present as it is claimed. Interestingly enough, the same database shows more white people are killed than Latinos or black persons.

The idea that black people are targeted by the police becomes a morally charged argument but remains empty at its core. The journalist Zaid Jilani in her article written for Quillette, “Don’t Blame Police Racism for America’s Violence Epidemic” shows that a study made by David Johnson, from the University of Maryland, found that when police officers involved in a fatal officer-involved shooting (FOIS) are separated by their race, “[i]t is… more likely for black and Hispanic citizens to be killed by black and Hispanic police officers than by white officers.” The study continues to say that this is due to a “‘simple overlap between officer and county demographics.’ Police departments in areas with greater numbers of ethnic minorities tend to have a more diverse police force.” Police officers, under this view, are not targeting specifically black people, but depending on the community they work in, if the majority is black and they tend to commit more crimes, then police officers will also tend to arrest or act according to the crime that it is being perpetuated. Jilani also shows in the same line that a study carried out at Rutgers University found, “white officers are no more likely to use lethal force against minorities than nonwhite officers.” The way a police officer acts will not have a violent connotation all of the time because under any alternative that implies neutralizing a person that represents a threat, saving a life comes to be the priority. The loss of any life regardless of their color is always tragic, but viewing only a few characteristics, such as ethnicity, from a specific group to prove an inherent problem in the system is flawed.

Another wrong conception relates to the association that every member of a designated group is the same because of the characteristics few individuals have within it. There were 697,195 full-time police officers in the United States, according to Statista to 2019, and only some of them commit acts similar to one related to George Floyd. Does that mean that all 697,195 police officers are the same? Not even remotely. The dangers of attributing a label to a group seem to be left out of the discussion. Systemic racism, in this sense, cannot be attributed to a whole system because of some specific cases. Condemning racism goes without saying, but police reform comes as a proposal that fails to see a broader picture because it focuses only on pointing out one characteristic of one specific group, leaving everything else aside.

We must also considerer if police officers fail to fulfill their duty, which is to protect people and property, from people who might transgress against other people and their property, the law is going to be equally applied to them. Holding the title of a police officer does not exempt them from any type of misconduct and bias in their decisions. The power to use violence police officers have is not, and should not, be subject to its abuse. It is easy to point out the flaws a system might have, but police officers are also persons subject to infringe their duty because of their biases and beliefs. The power they hold should adhere to the responsibility they have. To deny condemnable acts from the police would be naïve, but to attribute these isolated cases to every police officer is misleading and mistaken.

Our reality needs without question improvement in some aspects, but “cherry-picking” data not only is harming the institution of police officers but also is having a repercussion on how we decide to perceive our reality. The problem comes as a very challenging one, yet some questions remain unasked. For example, if crimes concentrate more in groups where black people or other minorities are, then why is this happening particularly in these communities? What about the people from dangerous neighbors that rely on police activity so crime remains at bay? What could be the repercussion if fewer police officers are there? How about poverty correlating to violent crimes? If poverty were to reduce, will crime reduce as well? We don’t settle with easy answers, but if we attribute a complex phenomenon to police brutality and systemic racism, we only hinder our ability to analyze and give a real solution to a deeper problem.

Pablo Garcia is an alumnus of Project Arizona, and a junior research fellow at Libera Bolivia.