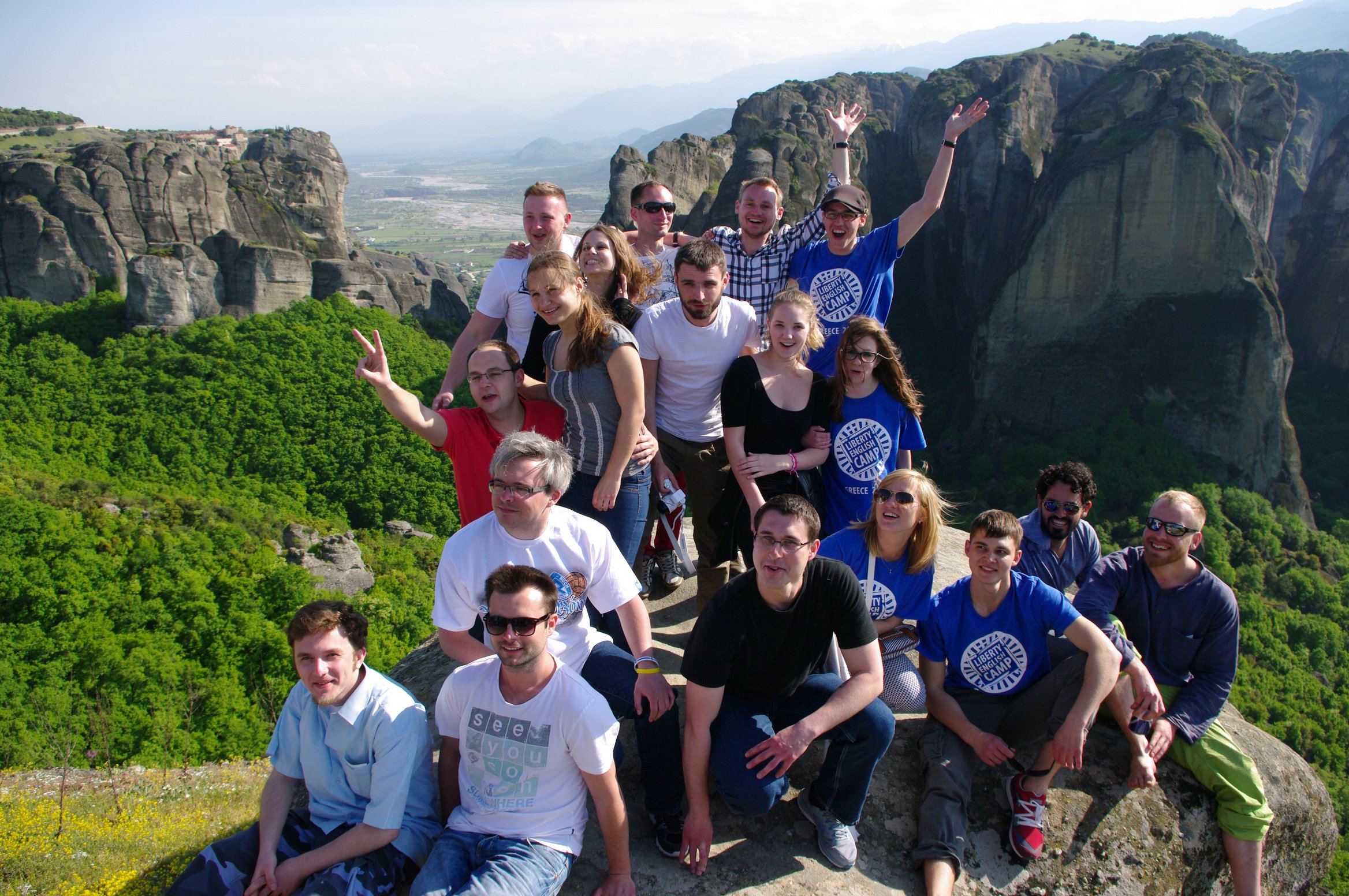 What Liberty Camps Are All About

English is the international language of commerce and political, scientific and commercial discourse. Fluency in English is necessary for personal and professional success all over the world.
The mission of the Liberty English Camps is to support and assist organizations and individuals (with special emphasis on reaching students) in countries that are recovering from tyranny and attempting to develop the institutions of free societies, by means of English-language education. The Camps also serve to spread the ideas of free markets, social tolerance, ethics, limited government, and entrepreneurship among the students.
For years, ISIL has supported the Liberty English Camps in Lithuania and other East European and African countries. These youth camps improve the English skills of high-school and university students, using libertarian materials. Many students have themselves become camp teachers and organizers, and have become active libertarians in their home countries.
With the 2013 camp season underway and growing the scholarship fund needs replenishing. Help create tomorrow’s libertarian leaders who may change the course of their nations!
Details on the camps are at the Language of Liberty Institute (LLI) Web site, www.languageoflibertyinstitute.org, www.ProfitFromFreedom.com  and at www.lessonsofliberty.org.
The Liberty English Camps were founded by Steve Browne and ISIL Lithuanian Rep Virgis Daukas and began in 1993 in Lithuania, and have continued annually since 1997. Held at the rustic lakeside resort of Trakai, they have drawn as many as 120 students from Lithuania, also from Belarus, Poland and other ex-Soviet countries. ISIl has provided student scholarship funds to this camp for many years.
Famed author/investment advisor Doug Casey has become a major supporter and participant in the Lithuanian Camps, and in his honor the official name of the Camp has become CYCLE (Casey Youth Conference on Liberty and Entrepreneurship). A website on the CYCLE Trakai Camp is now up at www.ProfitFromFreedom.com.
Inspired by the success of the Lithuanian Liberty English Camp, ISIL Rep Barun Mitra of the Liberty Institute in New Delhi has held camps in the Himalayan foothills for the last seven years. There is also an independent Liberty Camp in Georgia, organized for the last several years by Paata Sheshelidze of the dynamic New Economics School in Tbilisi.
The Camps are spreading around the world! Several more Liberty Camps are now being organized by various local libertarians and the team of Glenn Cripe and Andy Eyschen of the Language of Liberty Institute. They are organizing camps this year in Armenia, Brazil, Slovakia, Poland, plus one for Cuban-Americans. The LLI website is www.languageoflibertyinstitute.org.
The LLI home page features videos of recent LLI camps (about 3 minutes each) which we strongly recommend watching. The students convey very clearly the value of these Liberty English Camps and how they are leading to many greater developments for liberty down the road.
In recent years ISIL has also assisted the Liberty and Entrepreneurship Camps in Ghana, organized by Kofi Akosah and the Africa Youth Peace Call.
ISIL is proud to support these important Liberty Camps as a major part of our youth outreach and education program. To keep these Liberty English Camps growing, and spreading further around the world (there is strong interest in new camps in the Balkans and South America), we urge you to contribute to ISIL’s Liberty English Camp Fund.
While the camps are partially self-funding, each camp still requires about $10,000 for student scholarships and organization.
Your contributions to ISIL to help the Camps are tax-deductible in the USA. (Note, you can contribute here on-line with any major credit card. You are NOT required to open a PayPal account). Or contact ISIL’s office below. Thank you!