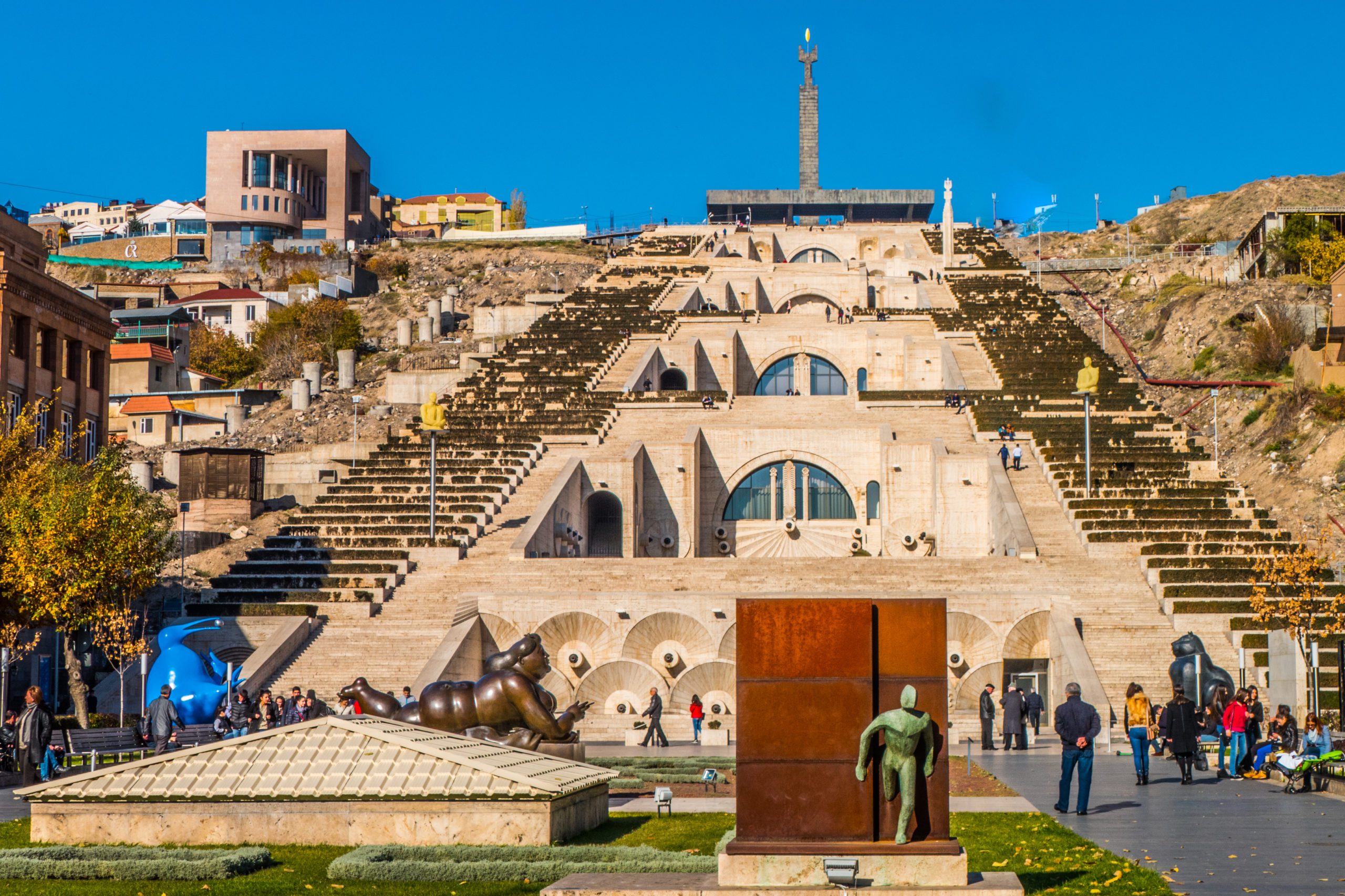 On March 12 and 13, the Leadership School founded by Samvel Movsisyan organized 2 events for LLI (in cooperation with Armenian Youth for Libertyfounded by Inessa Shahnazarova) at the Congress Hotel in the capital of Armenia, Yerevan. The first was an evening with about a dozen members of the school to show the movie “Call of the Entrepreneur”, followed by a lively discussion on the topic of entrepreneurship and the role it can play in Armenia.

The second event was also at the Congress Hotel in the centre of Yerevan. Featuring Andy and Glenn, who presented an hour each, this event was open to the public. Over 200 people came to hear about entrepreneurship, including social and intellectual entrepreneurship, as well as the meaning of money and highlights of the philosophies of Ayn Rand, Frederic Bastiat and Friedrich Hayek. It was a real pleasure to have several students from past Liberty Camps in the audience and to establish new contacts and friendships. Thanks to Samvel and Inessa for making these events happen!

From 14 to 18 March, our third Liberty Camp in Armenia took place at our usual mountain resort of Tsakhkadzor, the top ski resort in Armenia, some 60km north of Yerevan.

This year, the Liberty Camp was a joint venture of LLI, Friedrich Naumann Foundation (South Caucasus), and Armenian Youth for Liberty. Some 29 students from Georgia and Armenia attended the camp at a conference center owned by Yerevan University. The weather over the 4-day period varied from bright blue skies to rain and, on the last night, to heavy snow with temperatures averaging around 2 degrees C. Perfect weather for an indoor camp! The program featured our usual lectures on classical liberal philosophy, including John Locke, Adam Smith, John Stuart Mill, Ayn Rand, Frederic Bastiat, and F.A. Hayek, free market economics, entrepreneurship, as well as a comparison of European versus American political systems given by Yasemin Pamuk from FNF, an exercise in giving an “elevator pitch” of your idea to a potential sponsor or investor, led by Inessa, and a lecture on the morality of capitalism in an Armenian context, given by Vahagn Khachaturyan, a former mayor of Yerevan.

We also watched “Call of the Entrepreneur” and a Stossel video together, had debates on the role of the state in the areas of law, justice and police, and made a visit to a nearby monastery, in which we happened to witness an Armenian wedding that had just started.

All in all, a great 4 days, making new friends and meeting up with old ones, one of the highlights of each and every Liberty Camp! Thanks to all participants and organizers for making this another successful and memorable event spreading the ideas of liberty all around the world!

This article was reposted from the Language of Liberty site. See the original article here.